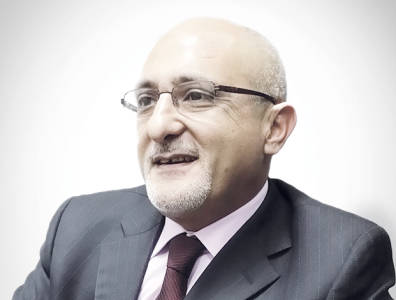 "Kuwait’s hydrocarbons industry will be a competitive landscape for sure, but there is plenty of opportunity."

Challenges and opportunities in Kuwait

Petrofac Kuwait country manager Mohammad Al Fahoum talks to TOGY about gas opportunities in Kuwait, international technology trends affecting the country's expansion plans and the challenges of market penetration for international contractors in a crowded field. The international oil and gas engineering services company has won contracts worth more than $8.6 billion in Kuwait since the first half of 2014.

With the Kuwait Oil Company (KOC) and the Kuwait National Petroleum Company (KNPC) simultaneously expanding operations, where do you expect to see the greatest area of growth in the country?
In the upstream sector, around $4 billion has been set aside by KOC for the first phase of the Lower Fars Heavy Oil Development Programme. Development of the programme’s greenfield and brownfield upstream facilities includes everything from engineering and procurement to maintenance works for the main central processing facility, associated infrastructure and the production support complex.

In conjunction the Lower Fars development, a162-kilometre pipeline is being developed to transport the heavy crude from the central processing facility to the South Tank Farm located in Ahmadi. KOC has the option to send its resources from the South Tank Farm to the new-build Al Zour refinery in the south of Kuwait. The Lower Fars Heavy Oil Development Programme is expected to be completed in around 52 months and will produce almost 60,000 barrels of oil per day (bopd) in its initial phase once it is fully operational

KOC is also constructing three new oil-gathering centres as part of its plans to increase and maintain production over the next five years, each having a contracted value of around $700 million. Once completed, each of the three oil-gathering centres will be capable of producing around 100,000 bopd together with associated water and gas.

There are several opportunities associated with natural gas in the country with many of the developments yet to come on stream. Kuwait’s hydrocarbons industry will be a competitive landscape for sure, but there is plenty of opportunity as Kuwait’s demand for gas is on the rise, indicating room for growth in the market. Furthermore, many pipeline projects are underway throughout the northern part of the country and these developments also represent a promising expansion.

How important are worldwide technological trends in developing hydrocarbons expansion, and what technological trends are helping Kuwait to meet its expansion targets?
Any discussion about heavy oil must address technology and the systems needed to process the resource. This is significant, as heavy oil is currently under-utilised. According to the US Geological Survey, recoverable heavy oil reserves are estimated at around 430 billion barrels of oil equivalent worldwide, most of which are located in Kuwait, Oman, Canada and Venezuela. Technology is playing an important role in maximising these reservoirs and optimising their daily production.

KNPC’s Clean Fuels Project is also involved in this sphere of heavy oil work as the revamped Mina Abdullah and Mina Al Ahmadi refineries will have to be capable of processing the targeted daily production of around 800,000 barrels of oil per day.

What are the greatest challenges facing international companies in Kuwait?
One of the biggest challenges in fully developing expansion projects in Kuwait is the limited supply of experienced workers. The density of ongoing projects in the northern part of the country presents another potential challenge. These developments will invariably result in a great deal of additional traffic on the existing road infrastructure, which is undergoing development as more projects start up. This will be a very busy part of the country and it will be incumbent on all the contractors working there to ensure that safety remains our number one priority.

For more news and features from Kuwait, click here.