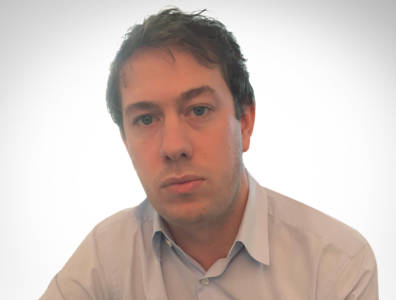 The market can only balance itself when activity increases. The only industry in which OSVs work is oil and gas. Today, exploration is at its lowest, so the vessels that support exploration are not being utilised as much as before.

The offshore supply vessel (OSV) business has been heavily affected by the fall in oil prices since 2014. Alexander Haly, the managing director of OSV supplier Petro Services, talks to TOGY about the dynamics of this segment, the effects of expected developments in the oil and gas industry and how companies can determine new business strategies in this new environment.

How would you characterise OSV activity in West Africa?
The OSV market in Africa is facing a crisis for the first time. During past slumps in the market, not enough boats in the region were operating to create a real supply and demand threat. There was enough demand to justify the supply and absorb the vessels that were present in the region. Today, the market has changed and there is an oversupply of boats for the first time.
The ratio is just not working. This leads to all the shipowners and vessel operators fighting over the same job and settling for below-market day rates. At the moment, vessel utilisation is more important than getting good day rates.
The fall in oil price has made the market less predictable. None of the operators are committing to future projects. Suppliers have no choice but to take short-term contracts with termination clauses that are not in their favour. A one year contract with a termination clause allowing the work to be ended at any time is not really a one year contract because it can be cancelled. The lack of visibility for the oil companies have created a lack of visibility for us.
A lot of the time our costs, including operating and capital expenditure, are not covered by the day rates we were getting in 2015. As a result, companies work at a loss but losing less than they would if they did not work at all.

When and how will the market improve?
The market can only balance itself when activity increases. The only industry in which OSVs work is oil and gas. Today, exploration is at its lowest, so the vessels that support exploration are not being utilised as much as before.
In cost reduction efforts, the vessels that were used to support exploration or production rigs have been cut back as companies try to keep the number of vessels they hire at a minimum. Many development projects have been put on standby, which also decreases the amount of activity for the sector.
The predictions in the OSV market several years ago were quite different, meaning that many OSV were ordered and are currently being delivered from yards at the worst possible time. The market is increasing the number of OSVs on the water when the available employment for them is not absorbing the existing vessels, let alone the new deliveries. The vessels which are fortunate enough to work are doing so at rates which are sometimes below the break even point.
We are currently seeing some OSVs being cold stacked and very few OSVs being scrapped but this would need to be done on a much higher scale to even out the market. Nobody knows when the market will improve.

How long does the price need to remain high to restart these projects?
Oil companies will not just press a button and restart activities. Operators will want to see the prices stabilise at reasonable levels and once that happens, they will consider either the development projects they have on hold or further exploration projects. This will not happen in the first half of 2016 and in my opinion 2016 will be an abysmal year, worse than 2015.
In 2015, we were still benefiting from projects such as Moho Nord, Lianzi or Mafumeira Sul that were too advanced to suspend but for 2016 there will be very few new projects commissioned. Unless the market picks up again rapidly, which I very much doubt, 2016 will be a very difficult year.

How can companies use this time to re-evaluate strategies, such as local content?
Local content makes sense from a business as well as compliance perspective. Local content is something that should be taken in consideration and applied regardless of the time. In good or bad markets, the same should apply.
If we can train the vessel crew to competent levels, we can reduce our operating costs by some of our operational expenditures, such as flights, hotels and travel fees for workers coming from abroad. Reducing overhead as part of a long-term vision is beneficial and can give contractors a competitive edge. The same applies for onshore staff.
There are many competent people in the Republic of Congo but the maritime industry is quite niche and there are no maritime colleges. Training has a cost and we are happy that operators are quite receptive on the topic.

For more news and features on  Congo, click here.