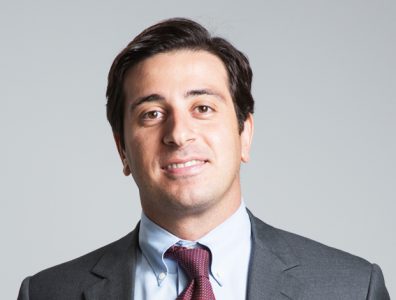 "With the new Iraqi government, co-operation is much closer between Erbil and Baghdad."

First budget payment by the federal government to the KRGMarch 4, 2015

Mohammed Khudairi, managing partner of the US-Iraqi Khudairi Group, speaks to TOGY about the differences between working in the Kurdistan Region of Iraq and federal Iraq and praises the increased co-operation between the two. The family-owned Khudairi Group is an engineering, procurement and construction firm that also offers oilfield equipment and services, as well as heavy machinery.

What are some of the challenges of working in the Kurdistan Region of Iraq?
The main difficulties in the Kurdistan Region are budgetary or are related to security issues. Khudairi Group was awarded several projects that were later put on hold, suspended or cancelled for budgetary reasons beyond our control.
There are also security challenges in the north. Some of the fields are close to territories held by Islamic State (IS) militants. Risk-averse companies may find the proximity to IS territory troubling.
Low oil prices also affect the cost of drilling and extraction for some of the mid-sized and independent operators, changing the breakeven point.

What have been some of the most significant developments over the past months?
The federal government and the KRG have made significant strides since July 2014. With the new Iraqi government, co-operation is much closer between Erbil and Baghdad, which is a positive sign for everyone involved. It is unclear how the situation will develop, but the budget payments from Baghdad to the KRG are a good sign.
The joint resources of federal Iraq and the Kurdistan Region are so plentiful that everyone stands to benefit from stronger co-operation. The involved parties are beginning to realise that.
The situation with the IS has unified both parties. The federal government and the KRG are working much more closely to protect the sovereignty and independence of Iraq. If there is one positive thing to have come out of the destruction, it is the two governments are collaborating closely on security measures and intelligence. Hopefully, we might eventually see this level of co-operation on business plans.
We saw a glimpse of alignment when the Bai Hassan oilfield in northern Iraq was threatened by IS militants in July 2014. The Kirkuk Oil Protection Forces secured the field. There was strong communication and co-operation between the federal North Oil Company and the KRG, which worked together to ensure the field’s security and that it did not fall into the hands of the IS.

For more news and features from Iraq and Kurdistan Region of Iraq, click here and here