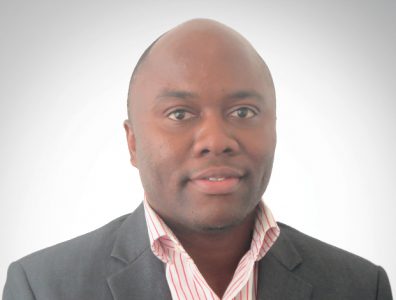 By involving services companies in the decision making process, efficiency can be improved and operators will save money in the long run.

Number of Weatherford employees in Angola500

Collaboration and development in Angola

Domingos Freitas, country director Weatherford Angola, talks to TOGY about the the country’s onshore drilling potential and the need for efficient use of technology. Weatherford is a global oilfield services company with nearly 500 employees in Angola.

Production was steady, but overall activity was low in 2015. How will the Angolan oil and gas industry develop in 2016?
2016 will be important for the Angolan oil and gas industry. Several large contracts are expiring and will be offered for tender. The main operators are providing opportunities.
For example, Chevron is renewing all the contracts associated with its operations in the northern region of Cabinda, and Total is pushing on with the $16-billion offshore Kaombo project. Eni has several large ongoing development projects in the East and West Hub in offshore Block 15/06.
The low oil prices and subsequent downturn had a big impact on the Angolan hydrocarbons industry. Operators are hesitant to invest in new large projects, and offshore projects are very expensive. During these times of low oil prices, starting a new capital intensive offshore exploration project is too risky.
Less activity by the major oil companies negatively affects the services providers and the whole supply chain. Still, the Angolan oil and gas market can grow. Services providers should diversify the amount of services and products they offer.
International companies have developed many useful technologies and use them in other countries, but not yet in Angola. These tools can improve well efficiency and drilling activity. For example, reservoir imaging allows for better mapping of the size of reservoirs. Bringing these tools and technologies to Angola will help the hydrocarbons industry reach its full potential.

What is Angola’s potential for onshore oil production and what role will local companies play in the upcoming onshore bidding rounds?
The development of the onshore blocks is good news. Onshore oil production is not new to Angola. Some of the blocks that are up for auction were producing in the past, during the civil war. Some wells were spudded even earlier, before Angola declared independence. The turmoil caused by the civil war led to the abandonment of these blocks.
A lot of onshore reserves are untapped but ready for production. Because of the downturn, investing in onshore production will be more interesting for operators. Opening up existing wells and exploring the proximity of proven reserves might lead to quick gains. The industry has come a long way since the Angolan onshore wells were drilled. Drilling companies will be able to safely and efficiently produce more oil from both existing and new wells.
Onshore oil production requires less capital investment and advanced technology. Having developed rapidly after the civil war, Angolan companies might be ready to take on a role as onshore operator. Partnering with an experienced foreign oil company is advisable, with the local companies taking the lead.

Is Angola able to provide the human resources that international services providers require?
Angola has been developing well in a remarkably short time, and the human resources market is improving. Training programmes put in place by the oil and gas operators are producing good Angolan engineers.
More and more Angolans who have lived and studied abroad are returning to the country. These well-educated workers are available, but companies need to keep taking responsibility and become involved in the education and training of Angolans.
Many companies in the oil and gas industry partner up with universities to provide workshops, which is beneficial for both sides. Students finished with university can join these companies for jobs or traineeships. In the long run, companies, employees and Angola all benefit.