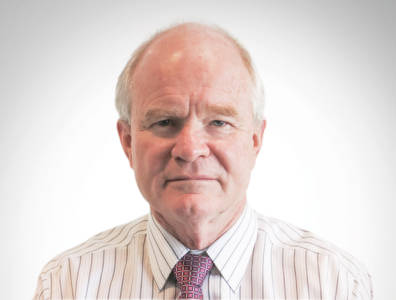 Given the right incentives, smaller companies with good ideas and risk capital, such as the those that participated in North America’s shale boom, can significantly contribute to the achievement of Colombia’s production goals.

In response to low oil prices and forecasts that make a swift price recovery very unlikely, Southern Cross Energy is concentrating on investment projects in Colombia, Ecuador and Peru that exhibit low operating and capital costs and are close to pipelines with available capacity. Stephen Newton, CEO of Southern Cross Energy, talks to TOGY about Colombia’s current and future investment climate and main challenges that the private and public sectors are facing.

What benefits does Colombia offer to foreign investors?
Despite the tax increases in early 2015, which should be a cause for concern for the government, as they will further impact activity at a time of low oil prices, the actual contractual terms in hydrocarbons agreements have remained relatively stable. For example, there is no ring fencing, and exploration costs can be written off against revenue from producing assets.
However, companies now have to pay patrimony tax and, in the case of companies in the exploration phase, the tax is based on the total number of unsuccessful exploration attempts. The alternative is to write them off to avoid this tax. However, this then precludes them from recovering these investments for future success. Not only is this tax hard to explain to the head office, but this money could have been used to run seismic or drill wells, which is critical if Colombia’s reserve base is to be replaced and increased.
One reason for the relative stability of Colombian contracts has been that the “high price clause” ensures that the government’s cut increases as the oil prices rise. This has enabled successive governments to defend contracts despite calls from certain sectors for contracts to be renegotiated as oil prices increased.
Unfortunately, in recent years, Colombian budgets have been heavily dependent on continued high oil and coal prices. The short-term measures taken to offset the decline in revenues often do not consider the impact on the longer term. A lack of exploration today impacts production in the near term, but more significantly so in five years and beyond.

How should the government draw investment into the country’s oil and gas industry?
Given the opening of the Mexican market, improving conditions in Argentina and opportunities in new markets such as Iran, Colombia must reconsider what can be done. With the exception of the offshore sector, Colombia is generally not on the radar of the majors. However, given the right incentives, smaller companies with good ideas and risk capital, such as the those that participated in North America’s shale boom, can significantly contribute to the achievement of Colombia’s production goals.
The average onshore field in Colombia yields 5 million-10 million barrels of recoverable reserves, which is only of interest to smaller companies that may not meet the stringent qualification requirements. Even if the cost structure in Colombia was competitive with that of Texas or Alberta (for example, a well in Colombia can cost three times what it would in Texas), the country’s qualification rules would have prevented the market entry of smaller players. Some of these small entrepreneurs could be enticed to come to Colombia, though the qualification process is far too onerous.
Columbia has strong government and  regulatory institutions, such as the National Hydrocarbons Agency (ANH) and the National Environmental Licence Agency. This provides confidence to foreign investors. However, licences can take a very long time to obtain. In addition, smaller companies are forced to tie up a significant amount of their working capital as bank guarantees. The current structure for guarantees precludes the cash being used to pay for certification by the ANH for work associated with exploration. Companies are usually required to put up another guarantee before the prior guarantee can be released to enter the next phase. With risk working capital so scarce, this process should be improved.
Incentives can take many forms. Reduced permit approvals and consultation times for development and exploration contracts, as well as some form of investment tax credits applied to capital used for exploration, such as seismic or appraisal wells, will maximise free cash flow that can be reinvested in the exploration effort. Such measures may attract new companies to Colombia, despite the increasing competition worldwide for scarce risk capital.

What steps should the ANH take to boost the upstream sector?
Colombia’s hydrocarbons reserves will continue to decrease in the short term, unless the recently announced offshore discoveries turn out to be as large as predicted. Achieving the first hydrocarbons production from deepwater will require time and considerable investment.
Except for very specific areas, such as remaining offshore blocks in the vicinity of recent discoveries, bidding rounds should be used sparingly. The ANH should allow companies to request open areas under contract or under the old technical evaluation agreement model, which allows companies to perform exploration work and provides the option to sign a contract within a reasonable timeframe.