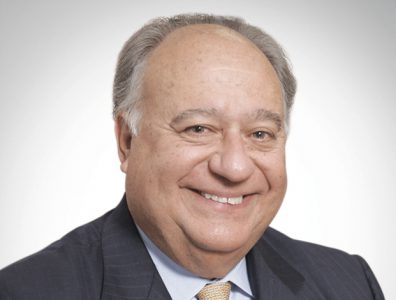 The government should aid the oil and gas industry over the next five years if it wants to see the country start growing again.

Number of untendered blocks remaining after 2014 bidding round: 19

Vetra Energía president Humberto Calderon talks to TOGY about the challenges operators face in some of the country’s regions, as well as approaches being taken to provide a boost to the domestic upstream sector. Founded in 2003, Vetra Energía is a Colombian exploration and production company with operations in the Putumayo Basin, the Llanos region and the Middle Magdalena Valley.

What are the main obstacles to oil operations in the Putumayo Basin?
The three main challenges in this region are social conflict, security concerns and crude oil evacuation. The main priority is to achieve public order and social stability, which is why the Colombian peace process is so important for oil and gas companies operating in the country. If the region surrounding the Putumayo Basin was more stable, companies could normalise their upstream activities and production could increase.
The Putumayo Basin, which extends into Peru and Ecuador, produces 50,000-60,000 barrels of oil per day (bopd), but has the potential to reach 200,000-300,000 bopd. Due to a bilateral agreement signed between the Colombian and Ecuadorian governments, domestic crude oil is transported via Ecuador. The oil is transported via oil tanker trucks, but it would be ideal if a pipeline were built.

How do security concerns affect upstream activity?
In July 2014, members of the Revolutionary Armed Forces of Colombia (FARC) stopped trucks in Campoalegre and El Tigre that were transporting crude into Ecuador, causing more than 5,100 barrels of crude to be spilled. As a result, a 72-day community blockade affected further operations.
A ceasefire was established with FARC in November of that year and the situation settled down, allowing upstream companies to normalise their business activities. However, FARC rebels ended the ceasefire on May 22, 2015, and by June, the group had attacked a convoy of trucks carrying crude between Puerto Vega and Teteye, resulting in an oil spill of about 3,000 barrels.
Aside from the economic loss, these kinds of events can cause irreparable environmental damage. The incidents may also affect local communities, as companies begin to consider pulling their operations out of those areas. If wells are closed, many local jobs will disappear.

What can be done to expand operations in the domestic upstream sector over the next five years?
The Colombian market is in a difficult position, as the decline in oil prices has had a terrible effect on the hydrocarbons industry. While shares in oil and gas companies have lost value around the world, shares of those operating in Colombia have dropped twice as much. However, the underperformance of the domestic industry predates the fall in oil prices. During the most recent bidding round in 2014, 19 offshore blocks were not awarded, a sign of reduced interest among international bidders in Colombia’s oil and gas developments.
The government has to come up with an approach to recover interest in the hydrocarbons industry, as it has been a key growth factor in the country’s economy. The oil and gas industry generates 23 percent of the fiscal revenues and around 50 percent of the country’s exports.
Oil is a double-edged sword and can work either as an engine or an anchor. At the moment, it is acting as an anchor. As oil prices drop, production drops, with the potential to drag down the rest of the economy. Contracting revenues have a socioeconomic fallout in sectors such as education, housing, infrastructure and health programmes.
The government should aid the oil and gas industry over the next five years if it wants to see the country start growing again. It must realise that the delimitation of the continental platform between Colombia and Nicaragua, as well as non-conventional energy sources are long-term issues that will require heavy investment. The offshore sector will take up to seven years to develop and non-conventional resources require vigorous activity.
Colombia cannot settle with only six or eight wells while the US is drilling thousands. Low oil prices make exploration less attractive, but the oil industry must remain a priority in order for the country not to lag behind the rest of the world.