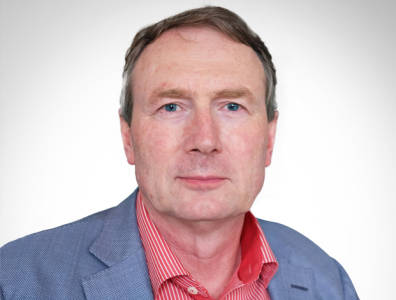 With the current state of Colombia's gas market, resulting from market dynamics with regards to price and demand specific to the country, there is a bright future.

As Colombia’s exploration and production sector goes through a period of restructuring, companies are reassessing production benchmarks and the retention of profitable assets. Gregg Vernon, president of domestic firm Bochica Investment Holding, talks to TOGY about potential opportunities in the country’s key basins and the state of the oilfield services sector and the gas industry.

How will the country’s operative environment change during this period of low oil prices?
Everything is different from a year ago, and that will bring a cascade of changes. Clarity will come with more time, making it easier to understand what needs to be done. I assume there will be adjustments that bring more opportunities above the breakeven level. In the end, the government and the industry are hoping that prices increase.
The 2008 crisis was not an issue of supply and demand, but just a shock to the system. The industry knows that it has a supply and demand problem, which will likely take longer to resolve. With regards to greater efficiency, improvements can occur, such as the implementation of better extraction processes and technologies that do not necessarily affect stakeholders’ bottom lines.
The longstanding issue for the industry is permanent cycle time. At USD 100 per barrel, it is very frustrating to wait a year to begin production, at USD 40 per barrel, it is critical.

What are the main obstacles encountered by the oil and gas industry in Colombia?
Colombia has a complex geographical landscape, which poses a significant challenge and plays a large role in limitations the country has regarding infrastructure. The country’s infrastructure has been built following major discoveries, meaning that most of the infrastructure is old and at the end of its lifecycle. It requires a different approach for a collective industry to build additional facilities in 2016 than when the Rubiales field led infrastructure growth throughout the past six years of the cycle.
Complex geography adds to the lack of a sophisticated transportation network, raising costs for the industry. The development of transportation by tanker was a result of a desire to look for alternative approaches, as there was no viable alternative that could address this issue in a timely manner and which was commercially feasible.
Another key obstacle is insecurity. Due to the moderate exposure to security risks in Colombia, major construction projects, such as the Bicentennial pipeline, have been impacted.
In these projects, the associated building costs end up being significantly higher due to risk. If projects such as the Bicentennial pipeline become cost effective following the peace process, then there may be considerable opportunities where small-to-large projects would be able to reduce the total cost of the system.

What is the outlook for Colombia’s gas industry?
In the medium term, there is growing gas demand, while the country faces a decline in total reserves. Gas is a different market due to the significance of infrastructure. The value of the resource changes depending on its location.
In 2016, there is significant pressure on world oil prices, making existing gas economic feasibility models more attractive. With the current state of Colombia’s gas market, resulting from market dynamics with regards to price and demand specific to the country, there is a bright future.
The country’s gas market has the advantage of both being independent from international forces and being supportive of this demand growth. There is recognition in the investment pool that Colombia has an attractive gas market in the country and could provide ample opportunities.
However, timing is crucial in light of the two offshore gas discoveries made in late 2014 and mid-2015 in the north of the country. Assuming a development cycle of six to 10 years, the landscape could be different in about eight years. If companies are able to find gas reserves within that window before offshore comes in, they will be successful.

How developed is Colombia’s oil and gas regulatory framework?
In the past, it was always more difficult to attract investment for the exploration and development of gas, partly because the industry was perceived to be heavily regulated. Economically, gas is less attractive than oil at USD 100 per barrel, and oil is also unregulated.
Over the next four to five years, Colombia’s regulatory framework needs to ensure there will be a growing commercial supply of gas. For that to happen, the regulatory framework needs to be in line to support ongoing investment. This will create more opportunities if the market becomes more liberalised.