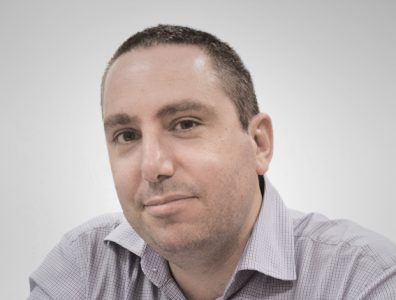 We saw that the trend of operators in Congo in 2015 was to freeze their investments, a move that is directly related to the fall in oil price.

Democratic Republic of the Congo
January 15, 2016

In 2015, the Republic of Congo’s construction market shifted from a period of high to very low activity. David Bourion, managing director of Socofran, talks about the status of future projects in Congo, the effect of low oil prices on the government and his view on how companies should react to stunted activity.

What new projects have been launched in 2015?
At the moment, in terms of construction, there are no new projects in Congo as all the companies are reviewing their investments and decreasing their costs. The main impact for all companies working in the country’s oil and gas industry is that the capital expenditure of our clients has been frozen when possible.
The only exception to this is Total’s Moho Nord project, because all of its contracts were launched prior to the fall in oil prices.
Italian operator Eni and Total do have some new projects pending. For example, there is a project in Djeno to renew Total’s control room for the oil storage terminal. This was supposed to be a big project, but it has been significantly reduced. In terms of civil works and construction, there are not really any big projects.
Throughout 2015, works were in progress for the Litchendjili development, especially with Boscongo, but these projects were more or less finished as of the end of 2015. Thus, we saw that the trend of operators in Congo in 2015 was to freeze their investments, a move that is directly related to the fall in oil price.
Now is the time to reduce costs and think about redeveloping when the market becomes more normal. This is a good period to review strategy and consider new investments for when the market stabilises.

How have operators in Congo reacted to the oil price drop?
Total’s priority in 2015 was getting first oil from the Moho Nord project, and all the rest of Total’s activity has been put on standby, with the exception of projects related directly to production. Eni has done a lot of investment in its onshore M’Boundi field, but has not had success in terms of increasing production.
Eni’s Marine 12 acreage offshore is still under development, but even for this, they will pursue an approach in which they will invest only what is necessary to produce. At the moment, the projects in that field are not economic, these projects were prepared based on breaking even at USD 60-65 per barrel.
Preparation and earthworks for a new oil terminal in Djeno is one of the projects Eni still has, though it is likely the company wants to delay this project to the end of 2016. This was the strategy in June 2015, but based on the situation of July 2015 and the price of oil remaining below USD 60 per barrel, I am not sure that they will continue this investment. Perhaps they will just reduce the scope.

Has this situation affected the relationship between the public and private sectors in Congo?
The public sector has also been affected by this crisis. The government has always been a challenging client, but now it is facing difficulties in paying contractors. It invested a lot of money in the African Games, which took place in September 2015 in Brazzaville.
As a result, since 2013 the government has a serious debt to many companies. This issue is not helped by the fact that state revenues are going down because of the oil price falling.