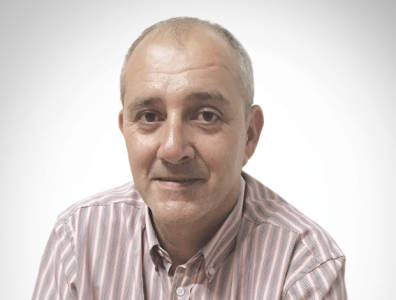 The Congolese fabrication segment has many actors, but their profile has changed over the last 10 years.

Valère Coquet, the technical director of Chaudronnerie Tuyauterie Industrielle du Congo (CTIC), talks to TOGY about how the economic and political activity in the country is affecting the fabrication market in the Republic of Congo, as well as giving a forecast for foreign investors. CTIC is one of the smaller fabricators and metallurgy workers in Congo.

How does Congo’s fabrication sector compare to others in the region?
In Congo, all local economic life is hinged on three operators: Total, the largest operator in the country, followed by Eni and oil and gas independent Perenco. These three companies generate most of the work for fabricators, and without them, there would be no fabrication market in the country.
As a result, the activity in the fabrication market in Congo is very concentrated. Any decision made by one of those big three operators – or equally any outside forces that affect their behaviour – will have instant repercussions on the fabricators in Congo.

How will the fall in oil prices affect the fabrication market in Congo?
Oil prices have fallen nearly 50 percent since 2014, and this has had a direct impact on the fabrication and other supply companies operating here in Congo’s oil and gas industry. The older companies in Congo have already been through two oil price crises – in the 1970s and 1990s – but those periods have nothing to do with the situation now.
Today, and throughout all of 2015, there has been a general feeling that this crisis may indeed last for some time. In the long term, we do not know what the fallout will be. Only time will tell.

Given the complexity of the economic and political environment in Congo, what approach should local fabricators use?
The Congolese fabrication segment has many actors, but their profile has changed over the last 10 years. There are many European fabricators in the country, but at the end of the day, only the companies that have a high level of competence and abilities will be able to outlast this crisis.
Many of these actors started out in the country as small enterprises, but their profiles have changed as more projects are implemented in the country, and over the years have become larger companies. Many foreign investors want to establish themselves in Congo, and as a result have invested a lot in their operations.

What is your advice for foreign investors looking to invest in Congo?
Foreign investors looking into Congo should be sure to do a very detailed study on the oil and gas sector before entering into this market. Also, companies that want to work in the country should do research on developing partnerships with local companies.
The activity potential in Congo is great outside of the oil and gas industry. There are many opportunities, and fabricators may play a role outside of the industry as well. I would imagine that many good investments might take shape in the future.

For more news and features on the Republic of Congo, click here.