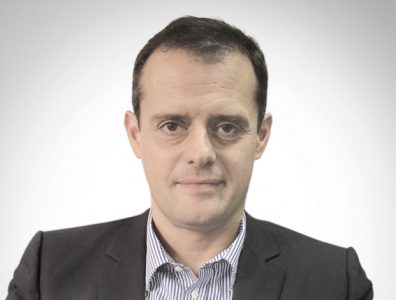 In the years leading up to 2014, Congo had an yearly average throughput increase of about 7%, which is quite high, illustrating the country’s strong development.

Frédéric De Vos, managing director of Société Commune de Logistique (SCLOG), talks to TOGY about petroleum supply balances in the Republic of Congo and how consumption patterns have changed in the country. SCLOG is the sole company responsible for storage and primary logistics of refined petroleum products supplied by state-owned Société Nationale des Pétroles du Congo (SNPC), and distributing them to fuel marketing companies throughout the country, which are also its main shareholders.

How did consumption patterns change in 2015, and what do you foresee for 2016?
In the years leading up to 2014, Congo had an yearly average throughput increase of about 7%, which is quite high, illustrating the country’s strong development. Before 2014, fuel consumption growth was concentrated in the north, linked to road infrastructure made available there. Since then, the distribution of the fuel market between north and south has become more balanced, with Pointe-Noire and Brazzaville each representing about 40% of the market. The remaining 20% is evenly distributed around the country.
Recent infrastructure investment projects were very much linked to the development concentrated north of Brazzaville, and we needed to increase the necessary logistics capacity, but as those projects are now ongoing we might be arriving soon at a level which renders that no longer necessary.

What is the cause of fuel shortages in Brazzaville and Pointe-Noire?
The economic situation for Congo has been influenced by the low crude prices in 2014 and 2015. This has created financial stress that impacted the normal supply patterns of petrol, but I want to believe this to be a temporary issue.
While our suppliers adapt to this new situation, we should also concentrate on the long term and ensure that issues such as this can be solved in a more flexible way. It is not an issue of storage capacity but rather an issue related to a decrease in the filling rate of the available capacity.

How are oil imports distributed throughout the country?
Coraf, the nationally owned refinery located outside of Pointe-Noire, supplies, besides its exports, 56% of the country’s total demand for petrol products. The remaining 44% is supplied from imports. In 2014, about 70% of those imports come into the country through our terminals in Brazzaville via Kinshasa and the other 30% mainly through Pointe-Noire. We aim to have a larger proportion passing through Pointe-Noire in the future.
Supply from Coraf over the last few years has been steady but the transfer rate from Pointe-Noire by rail and road is increasing. Transport logistics north of Brazzaville are done mainly by road.