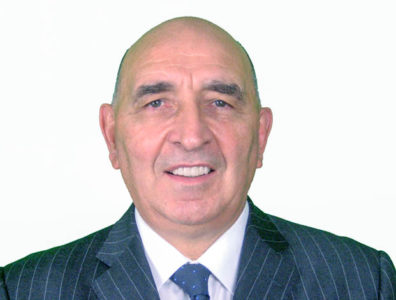 Diplomatic ties: Hydrocarbons diplomacy in the Kurdistan Region of Iraq

Global risk and strategic consultancy Control Risks’ current government relations advisor, William Patey, was UK ambassador to Iraq during the drafting of the Iraqi constitution in 2005 and the early period of the country’s first democratically elected government. Patey talks to TOGY about domestic hydrocarbons diplomacy in 2014. The company has had operations throughout Iraq since 2003.

What is the state of energy policy relations between Baghdad and Erbil?

Having witnessed the early drafting of Iraq’s constitution, we can still see a number of issues that the Kurdistan Regional Government and federal government disagreed on that prevail today. When deliberations on an oil and gas law started during my time as ambassador in 2005-2006, I did not imagine that, close to a decade later, the country would still be without a federal hydrocarbons law.

The lack of a consensus between the KRG and the central government in Bagdad on either an oil and gas law or a revenue-sharing agreement has been an inhibiting factor in the development of the oil and gas industry in Iraq as a whole. It is impressive that the Kurdistan Region has managed to develop its oil and gas industry as rapidly as it has, given the context in which the industry finds itself today.

The relative stability of the region and the KRG’s production-sharing contracts as a means for attracting investment have been successful in supporting oil and gas investments.

What is the future of Erbil and Baghdad’s oil and gas negotiations and what role will international actors play in these discussions?

A resolution to disagreements on the country’s overall oil and gas industry demands negotiations between Erbil and Bagdad, and to a lesser extent Ankara. While the development of Iraq’s hydrocarbons has implications for global energy markets, I am not sure there is large role for the global community to play in these negotiations.

There is a degree of ambiguity within the Iraqi constitution on a number of issues. This ambiguity allows both Baghdad and Erbil to claim constitutional propriety when it comes to their position on the development of oil and gas resources. Kurdistan has an interest in the development of the oil industry in southern Iraq because they are entitled to 17 percent of the country’s total revenues. The federal government is still withholding revenue that is due to the KRG.

How will the independent development and export of the Kurdistan Region’s hydrocarbons impact regional energy markets?

Considering the ongoing geopolitical problems with Russia and Ukraine, there is even more interest for European markets to have access to this oil and gas through newly constructed pipelines. Turkey as well would like to both diversify its energy mix with imports from the Kurdistan Region and leverage these new hydrocarbons resources to become a significant midstream energy market.

How do international investors regard the Kurdistan Region’s risk profile?

Companies now have to meet a myriad of regulations in their operations in Iraq. Efforts to increase the transparency and clarity of the country’s investment framework will be essential to encourage new market entrants.

Although Baghdad and Erbil’s oil and gas initiatives are not in alignment, with lingering commercial uncertainty about the future of industry development, there continues to be room for a market entrance with high returns.