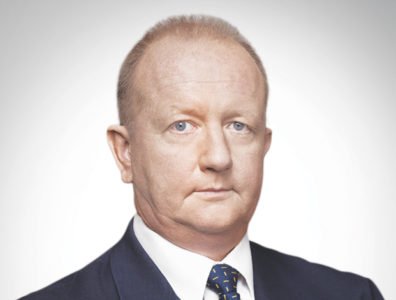 Drilling companies need to minimise cash outlay and go on standby mode while at the same time maintaining capability so work can be resumed when activity increases again.

Estimated number of rigs active in the Kurdistan Region in late 2015: About 10

From mid-2014 onwards, the operating environment in the Kurdistan Region of Iraq has been under pressure from the slump in oil prices and the proximity of Islamic State (IS) militants. The vice-president of business development at EDC Romfor, Atle Loge, talks to TOGY about capacity adjustment and reasons for optimism in the region’s market.

How have events since 2014 affected the oil and gas industry in the Kurdistan Region of Iraq?
The April 2014 federal elections, which took more than four months to produce a power-sharing government, the activity of IS militants in northern Iraq and the drop in oil prices have acted as a triple hit to the business environment in the Kurdistan Region that the market is still trying to recover from.
The situation as of late 2015 is hopefully the bottom of the activity curve. Following the events in 2014, drilling activity in Kurdistan has seen a significant slowdown. All four of our rigs in the Kurdistan Region have been sitting idle since early 2015, and since then only a few exploration wells have surfaced as new opportunities.

How are drilling companies reacting to the slowdown in the market?
The number of active drilling rigs in the Kurdistan Region has consistently fallen over the last 18 months. My estimate is that out of the around 45 rigs in the region, only 10 or so were active in late 2015, leaving around 75 percent of these expensive assets sitting idle.
The obvious short-term goal is to get these rigs back to work. But given the increasing losses due to business disruptions, the situation is currently unsustainable for anyone in the oil industry in the region. Drilling companies need to minimise cash outlay and go on standby mode while at the same time maintaining capability so work can be resumed when activity increases again. With the excess capacity in the Kurdistan Region, companies also need to evaluate opportunities for moving rigs to other countries where there is activity. A capacity adjustment is inevitable and a couple of our competitor companies have moved out, or are in the process of, moving rigs out of Kurdistan.

Have oilfield services companies been affected more than others by the recent downturn in the global oil and gas industry?
Everyone in the upstream sector of the oil and gas industry is seeing significant business interruption at this time. Different business segments vary, and seismic companies and offshore drillers are likely the worst hit. Geographical variations are also evident with Kurdistan being hit as hard, or harder, than most markets.

Will the Kurdistan Region’s business environment improve in the medium term?
Other than the obvious security threat posed by IS militants, the primary business issue in Kurdistan is the lack of cashflow to operators. As a result, companies are cutting investment in the region, which is exacerbating the lack of activity. This presents a complicated “chicken and egg situation” – no cash means no drilling, and no drilling means falling production.
With the recent payment to some international oil companies, first announced by the Kurdistan Regional Government (KRG) in late August 2015, there is a glimmer of hope that activity will pick back up. The KRG has a difficult balance to strike on where to spend money, so the payments it started making in September and October are a positive development.
With the significant proven reserves in the region – some 45 billion barrels of oil – it is a matter of when and not if this activity will come. Even in a low oil price environment, which is likely to persist well in 2016 and well beyond, the various operators have spoken about comparatively low lifting costs in Kurdistan being beneficial to activity.
However, operators need to be paid on a regular basis before they will commit to any significant development activities. Once the KRG establishes confidence in a regular payment scheme, some of the development plans will materialise into real activity and the market will see a slight recovery, although we are a long way away from the full utilisation of resources as seen in 2013.