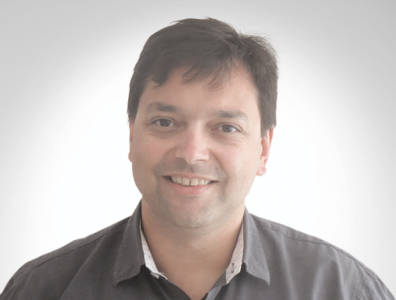 Once oil prices increase again, Angola is sure to become one of the most attractive countries in Africa for international investment.

Marco Marini, the general director of Interoil Angola, talks to TOGY about current logistical challenges, the lack of a qualified workforce and future developments of the Angolan marine sector. Interoil is a marine services provider of offshore support vessels in West Africa.

What obstacles are hampering the development of Angola’s marine sector?
Angola is a young country and the majority of offshore activities has been largely supported by overseas provision of materials and equipment. Low oil prices have limited the entry of spare parts from abroad due to the reduction of oil operators’ activity. Whereas a technical problem in Europe or the US might take up to a maximum of 12 hours to be fixed, it would create a longstanding operational hassle in Angola. This is because we rely on international providers to replace missing equipment.
Technical maintenance represents an aspect to be further developed. Delays and setbacks are part of the day-to-day operations in an Angolan port, which has a huge impact on vessels’ activity and performance. A larger availability of dry docks would be extremely beneficial to the marine services companies, providing the country with much needed infrastructure. Depending on the technical problem, a marine operator might need to relocate to Pointe-Noire in Congo or Walvis Bay in Namibia, all the way down to the South African ports.
A joint effort from both the government and marine operators would help create a solid base to improve the logistics framework that supports marine activities. A major effort by the government to improve marine logistics would be extremely beneficial for the entire oil and gas industry. It would help increase the country’s international appeal, retain foreign investors and create jobs for the growing local content.
The import problem is not isolated to the marine sector. It affects the country’s economy as a whole. This issue is critical and cannot be resolved overnight.

What is the status of Angola’s local workforce in the marine services sector?
Companies active in the Angolan marine sector are now working in accordance with the Angolan government in the promotion of the use of local employees. The lack of a skilled local workforce is another challenge. Offshore operations require highly experienced crews capable of operating quickly and safely. Due to the very nature of offshore oil and gas operations, safety is the main concern. Most of the vessels that navigate Angolan waters use international crews with very few Angolans onboard.
Only in the past two years have we witnessed an improvement by subcontracting agencies in supplying more local skilled seamen with practical knowledge to marine services providers. The challenge for all supply vessel owners is to have Angolan officers. Developing capable marine officers is a constant challenge that requires time and investments.

What has been done regarding the lack of qualified marine workers?
In line with the Angolanisation policy carried out by the local government, Sonangol created a cadet training programme in 1998 through its subsidiary Sonangol Shipping.
In February 2014, the first Angolan maritime training centre was inaugurated 15 kilometres south of the city of Sumbe, in the Kwanza Sul Province. The main aim of this centre is to provide basic and specialised oil industry training to Angolans. Despite these recent efforts, forming skilful seamen is a lengthy process. The country will probably need some more time to see its local workforce replacing international crews onboard offshore vessels.

Considering the recent downturn, what is the future of the Angolan marine sector?
The Angolan marine sector has a lot of potential. Angola is one of the few major African countries that is showing positive signs of economic growth despite the downturn. Once oil prices increase again, Angola is sure to become one of the most attractive countries in Africa for international investment.
The oil industry is undergoing a reduction in revenues because of the decline of oil prices, which is hindering companies’ exploration and production activities. However, international oil companies have not pulled the plug due to the huge amount of oil and gas reserves still untapped in the country.
The marine services sector continues to be vibrant with fierce competition. However, the presence of Angolan companies in the market is still very limited. Even though a few challenges lie ahead, the future looks to be very promising for marine services providers in the country.