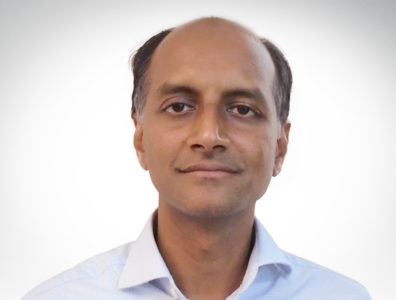 The government is making a lot of noise, but it’s very hard to change the status quo in India.

Amount of employees across the world:4,000

Amount of employees in India:200

K. Ravi Shankar, managing director of Rotork Controls India, talks to TOGY about how the company has succeeded as an international firm in the local market, difficulties companies face when doing business in the country and important trends in India’s energy industry. The firm has been supplying India’s oil and gas industry with flow control systems since 1979.

When did Rotork enter the Indian market and what activities does the company do here?
Rotork started in India in 1979. At that time, it was a JV. It wasn’t until after the market liberalisation of the early 1990s when foreign companies were fully allowed to own subsidiaries, that Rotork took full control. We are now a wholly owned subsidiary.
We have two factories in India: one in Chennai and one in Bangalore. We make electric actuators in both facilities and gearboxes in Bangalore. Our Chennai facility is our only global innovation centre, as the others are all specific to each location. Now in 2016, across the world there are close to 4,000 employees. In India, we have more than 200 employees.
We provide Reliance with actuators for the Jamnagar refinery, but when we first made a partnership, their procurement was handled at Reliance’s office in London. There was not any manufacturing in India for the kinds of things they wanted. That’s how the relationship between Rotork and Reliance was established.
It’s still going strong. They’re very happy with us and we continue to make all of our state-of-the-art products for them. As they grow, we’re also going to continue to grow.
It’s a slightly differentiated market because in India, we are manufacturing the older generation of actuators. Rotork’s latest products are manufactured in the UK, the USA, and Italy, while the previous generation of products are being made in India and China. That said, about 95% of our products stay in India, while only a small portion leaves the country.

Why has Rotork been successful in India?
The most important reason is that we have an excellent services team. I can confidently say that no one else in India has the depth and breadth of services expertise that Rotork has, from our in-house team to the trained agencies that we have around the country.
At the end of the day, you can buy a product from anywhere if you have the money and if you think it’s a good deal. However, if it is a sophisticated product, who is going to maintain it years down the road? The financial loss from downtime in the oil and gas industry, even if one shuts down for a few minutes, is a hundred times the cost of the product.
The second aspect is that I believe many of our products are the best in their class. Certainly, we can make that statement about our electric actuators and we can make that statement about our modulating actuators for process control. There is nothing like them on the market, nothing is as sophisticated or as good.
Rotork continues to invest in the next generation of products, but we see the competition moving much more slowly than we are in that area. Companies such as Reliance and even Indian Oil Corporation, for example, in their pipeline division, always insist on buying the latest products from Rotork. We have been very active in pipelines, whether it’s for oil majors or for GAIL.
In terms of the direct success of our newest products in India, a lot of the work is done in the country. These products are then sold all over the world. After IT, engineering services are the biggest thing in India. The country is an international hub for these services, and many global firms have moved their R&D offices here. Rotork has gone a step further and has entrusted the development of some new products and concepts to the Indian team.

How has the government aided competition within India?
I think the government has demonstrated that it is big on this type of development. Further to that point, we face a lot of stiff competition. Many international companies have entered the Indian market and are localising their products. It’s a very competitive market and we’re working hard to win business.

How do you see India’s power generation sector changing in the near future?
You have to look at the liberalisation of the gas prices, which I think is a very sensible and long overdue idea. There is a lot of gas in India and we haven’t really explored shale gas all that much – just a few exploratory wells drilled by Reliance, Essar and ONGC [Oil and Natural Gas Corporation]. Before we launch these types of projects, we need more pipelines.
We live in a warm climate, so we don’t need gas for space heating. Cooking fuels are the primary use of gas, and we don’t have piped gas in most parts of India. The government is committed to laying this kind of infrastructure in all the major cities and in many rural areas as well. Once pipes are in houses, consumption will go up tenfold. There’s no reason to think otherwise.
Elsewhere, solar is taking off in a big way. Prices for solar have crashed to the point where they are now competitive with thermal power. The only way thermal can compete with solar is if investments are made in ultra-mega power projects, or UMPPs. They need to consolidate into increasingly larger entities and older thermal plants need to be phased out. I think the ministry has given a list of plants that need to be decommissioned.
Wind power is also picking up. We have a lot of wind power opportunities across the country, but at the moment, they are not as considerable as solar.
I think nuclear is also important, so that we have a mix of everything to be sure that we’re not dependent on any one resource. There’s a lot of interest in setting up some nuclear power plants, even though nobody wants to have them in their backyard. Nuclear power is a must. I think we’ll see some breakthroughs in this sector as well.

What are some of the challenges to conducting business in India?
Let’s be clear, India is not a single economic market. It is a single political entity, it is definitely a single military entity, but it is not a single economic entity. Each state has its own rules and that makes transactions very difficult. It’s sometimes easier doing business with a foreign company than just within India.
We see the Goods and Services Tax as a very big leveller. Taxation will be uniform across all the states. Today, we cannot easily shift production between Chennai and Bangalore because they are in two different states with two different sets of rules. For one to balance the workload across two similar factories is so difficult that many companies and their factories are having to operate at suboptimal levels.
The government is making a lot of noise, but it’s very hard to change the status quo in India. We’re hoping, at least from the latest legislative standpoint, that if the Goods and Services Tax is passed, it will make it a lot easier to manufacture things in India across the board and transport items from one part of the value chain to the next.
Currently, you can’t easily collect tax credits. The concept is that the person or company can recover these taxes at the next stage, but because of the framework of different states and the required paperwork, in practical terms, it becomes impossible.
There are also legal obstacles, such as the bankruptcy law in India – people are wary of opening businesses or growing them beyond a certain size because they cannot close them. Due to this, people are very reluctant to be entrepreneurs. All this means that India is not yet optimally competitive when it comes to manufacturing.
Furthermore, real estate costs are definitely out of control in India. Relative to the other costs, we have here, real estate doesn’t seem to correlate.
It also needs to be easier to hire and fire employees, because right now it’s very difficult, especially for a factory, to scale up or scale down the workforce. This means that contract labour is widely prevalent in India, which has its own set of problems. For one, we end up paying more, and two, we’re never sure who we’re going to get on any given day. Also, it is difficult to ensure that all contract employees are treated fairly and labour mobility is restricted.

How does India correlate with other international markets?
From a macro perspective, we are all linked in this global economy, and it does not look good in many parts of the world. There is always the risk of a spillover of a crisis from China or even Europe into India. We cannot claim that we are immune to global economic forces.
We are not seeing any signs of promise or stability in Europe, the USA or China. I know they have their own sets of issues, but they are the three major economic centres of the world. In the USA, they’re going through their presidential election, and a lot of things will depend on that. In Europe, they don’t seem to know what to do with immigration. China is experiencing a slowdown in growth and a sharp increase in bad debts. If any of these things go wrong, we will definitely feel the impact in India.

What is Rotork’s vision and strategy for the next two or three years in India?
We are hoping that we can manufacture more products in India from the Rotork family. At the moment, we manufacture only a small subset of Rotork products.
Right now, India has a huge cost advantage in manufacturing. This will not last forever, just as the Chinese advantage did not last forever. Still, for the next five or six years, we see India as the low-cost manufacturing destination of the world. A lot of our customers from around the world – the UK, the USA and Italy – have moved a lot of their manufacturing to India. Even if it is only software, oil and gas majors have moved huge chunks of their workforces and products to India for the purpose of cost reduction.
We are seeing growth in our business because companies are no longer buying Rotork products in their country; they are now buying them from India.

As an international company in India, what would you say to international players who are looking to invest in India?
I’d say India offers a very exciting opportunity. It’s a vibrant democracy, a free society, and your return on investment will not only be financial dividends, but will also help balance things out across the world.