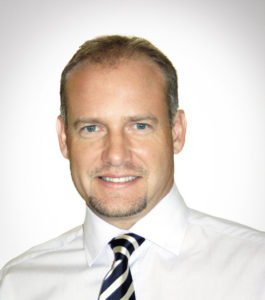 "The companies we are involved with specialise in the oil and gas industry, and our focus is both in water and in top oil."

David Beniston, managing director of Andam International (AIL), speaks to TOGY about the services they provide to oil and gas companies, including top oil drilling, and the savings companies can make by focusing on this area. Set up in 2003, AIL is an Omani-British-owned company that specialises in geophysical, geological, hydrogeological and drilling services.

What is your main area of service to oil and gas companies?
The companies we are involved with specialise in the oil and gas industry, and our focus is both in water and in top oil. Top oil is where you take a small rig and drill the section above the oil reservoir. In Oman, that is anywhere up to 1,200 m, so it is quite deep drilling.
We pioneered that whole scene in the late 1990s and early 2000s with PDO [Petroleum Development Oman]. We were doing a four-year project that focused on 20 wells. If you just used oil, then it would cost USD 18 million to drill the 20 wells, but because we used a top oil programme we drilled for USD 12 million and saved USD 6 million. When they looked at how much more quickly that oil could get on line with that whole process, it averaged savings of around USD 297,000 per well.
With a top oil rig you can get oil more quickly and it does not require so much intensive supervision because it is done on turnkey contracts. Someone drills the wells for me and I am just going to come in, measure the verticality and measure the cement after it is finished, and if it is correct I pay.
One of the biggest things that we are trying to sell to people is the top oil process. Although in the early 2000s we had sold it successfully and had drilling companies working on top oil campaigns with PDO and some of the smaller groups, the process got lost, so we are going back to PDO and BP.

Do you think the problem with top oil is that it requires good planning?
When I talk to PDO, they say that logically every single well drilled in Oman should have top oil because it saves USD 300,000. The reason why they drill about 10% of the top holes is just planning. They cannot plan far enough ahead. If you drill over here and it does not have the results you like for the exploration programme, you might move the well a kilometre away. So there are issues in planning and issues in knowledge; people keep forgetting some of the simple things.
The problem is that oil-drilling companies see themselves as oil-drilling companies and they have certain salaries to match that. For them to come down to those rates is difficult because they have the mentality of day-rate contracts and oilfield works. They would provide you a rig and crew at “x” number of dollars per day, then it would be up to the oil company to decide where and how it is going to drill and to make sure that it works everyday and it is efficient. So the onus is more on the oil companies instead of the drilling companies, who do what they are told.

Do you manage the project?
You manage everything and just give the company an invoice for how much it costs to do. Traditional oil drilling companies do not like taking contracts because the risk comes back to them and they do not like that.
If you are big drilling company, anything with an international footprint, they tend to look at what it is they do and what they know and instead of lateral expansion in the market, they tend to sort of geographically expand. They say that Oman can manage five oil drills and that they can take another five and put them into Iraq. They kind of move around the globe and get the best price they can.
If we took a water well contract, it is rare that they would then go into geotechnical drilling because it is a different kind of drilling and almost all oilfield drilling companies do not see themselves as top oil drillers, but as oilfield drillers. It is that niche market where the oil companies should be looking.

What kind of services do you provide to Oman Oil Refineries and Petroleum Industries Company (ORPIC)?
We provide groundwater quality monitoring services. In addition to that, in the oilfield we do a number of EIAs [environmental impact assessment] but mainly in the water part. We have provided PDO geophysical logging services of the water wells since 2002.
It is called downhole logging and geophysics, so we have been on contract with PDO since 2002 and it expires in 2018. The renewal has been every four years. PDO Oman OOC is a client of ours in water.
We worked with Oman Oil in all their three blocks: Block 16, Block 42 and Block 65. We have provided them with hydrogeological services for these blocks, of which Block 16 has already been implemented as far as the water is concerned. They are producing gas from there. Wherever Oman Oil is working, we do the environmental risks studies.

Have you developed a market for your key technology, SMIT (super mobile ions technology)?
The problem with techniques like SMIT is that they are not approved techniques. We were trying to develop a market here and felt that it is a bit pointless. We have plenty of people interested in doing it for free, because we needed a pilot scheme and did the area for free. We did a blind study in 2008 and they had already got the geophysics term and we did a match. It was a fantastic match and it is still producing 25,000 bpd.
It was a great technology and very rapid for oil exploration because we were looking in a specific oil/water context for specific chemicals that were given off there. It gave very rapid results. It was extremely cheap and would have been extremely cheap compared to traditional seismic or other geochemical techniques, but it was taking a long time to get any traction and we thought that we were too small a team to keep throwing years at this. We kept a team here for 12 months trying to market it and get PDO interested, even offering it to them for free, but it was not an accepted technology.

Are you interested or involved in the electricity water generation and the power sector?
Yes, we are working for some of the power sectors. In some cases, we are also providing geophysical services. Right now, we have one project for the Ibri power plant.
We have worked a lot for power companies and desalination companies in managing their water.
A lot of clients employ us to look at how we can use wells close to the sea to use the filtering effect of the seabed. We put in beach well projects that studied how deep they need to be, how close and whether the place is suitable for putting in a beach well. We have done a lot of studies for power companies and desalination companies who look at their water resources and where they are going to get their seawater. It is better to take it from the ground rather than seawater because of the filtration.
This part of the world suffers more and more from what is called the red tide, which is algae blooms. Under certain temperatures they mainly grow in the Gulf because of a number of nuclear treatment plants disposing of their water directly into the sea. That is the condition that is developing. The sea current is coming in to the Gulf of Oman and this kind of water discharge is obviously an issue.

How is your Omanisation rate?
It is around 37%. On the drilling side, a lot of the small drilling companies have been feeding stations for the big companies. After they have done their basic training, they get lured off to the big main oil drilling companies where the salaries are twice as big. At one point we were losing 50% of our Omanis every year.
Qualified Omanis who are competent have the world at their feet. A lot of people are looking for those guys, so it is hard for us to retain them.
We set up an office in Qatar at the end of 2014. We are trying to to keep the Oman growth going with more people and focus on Qatar. The Emirates are a very different market for us because it is extremely price-conscious, and I think that is a good thing. In Oman, people do not necessarily have to take the cheapest. We can survive in Oman because people respect our capabilities.

Do you think it is hard to get companies to realise that water is a huge issue here?
Many come here expecting to find water wherever you drill. With top oil drilling, sometimes it takes a little persuading the client to realise that they live in an arid environment. Sometimes it is difficult to get people to understand that water is a very fragile resource that does not exist everywhere. Finding it and finding as much as they want is not always possible.
We have to tell many of our clients that there is not the required amount of water where they want. Some get upset by that, but our job is to save them money in the long term. If you look at the UAE, they did a huge amount of projects where they just assumed they would find water to the point of building whole cities, and when they found out there is no water those places became ghost towns.
That is another reason we live in Oman. We bounce in and out of the UAE and Qatar, but Oman has a stable amount of work for us because there are quality clients here who want a quality standard of work.