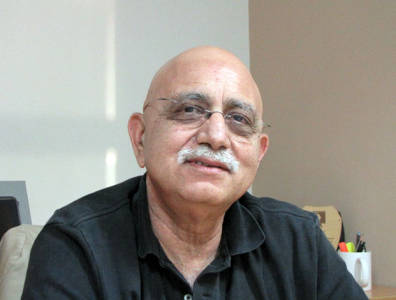 Upstream projects in India brought highly specialised ideas from project managers that have enabled the sector to be more effective.

Foreign input: Is India struggling to attract skills and investment?

The Association of Oil and Gas Operators (AOGO) secretary general Ashu Sagar talks about the challenges of India’s contractual model and the benefits brought to the upstream sector by international players. AOGO has been promoting the exchange of information and networking amongst India’s local and international exploration and production companies for almost 10 years.

How do you assess the success of India’s New Exploration Licensing Policy?

The New Exploration Licensing Policy was formulated in the late 1990s by the government of India and the Directorate General of Hydrocarbons. Exploration and production activities in India have been significantly boosted by this policy. It has also opened up the sector to private and foreign investment with the allowance of up to 100-percent foreign direct investment.

Nine bidding rounds were concluded between 1999 and 2012. The first eight bidding rounds received a significant response from international companies, including medium-sized and major players. Out of the 360 exploration blocks offered so far, 254 blocks have been awarded.

What are the benefits of implementing the revenue-sharing model in India?

The revenue-sharing model being discussed by the government would be beneficial to the industry only if it is accompanied by adequate data about India’s sedimentary basins and their geology. Given the cost of exploration operations, exploration companies need to be able to assess the potential and profitability of the blocks based on their geological factors before making an investment decision.

India is undertaking several projects to increase the accuracy and amount of data available on its acreages. The national data repository, established by the Directorate General of Hydrocarbons, is part of the government’s overall ambition to create a national knowledge centre in the exploration and production sector. These are positive steps to further attract investments.

What value have international operators added to the Indian upstream sector?

International companies in India, whether large corporations such as Cairn India or medium-sized companies such as the UK’s Hardy Oil and Gas, have brought significant value to the country’s exploration and production sector.

Bringing in new ideas and practices, they have contributed to developing new skills and overall knowledge of exploration and production operations on a global scale. Upstream projects in India brought highly specialised ideas from project managers that have enabled the sector to be more effective in areas such as enhanced oil recovery. This has also strengthened India’s reputation as a market having a highly capable and skilled workforce, able to export its knowledge and services.

India’s upstream sector does not compare to regions such as the Middle East or Southeast Asia, where most global majors are operating. The number of international upstream operators in India still needs to grow five- or sixfold over the next five years to render the sector more competitive and drive costs down.

What is India’s potential for the development of unconventional resources?

While the shale gas industry in India is still in its early development stages, the country has substantial proven coal bed methane (CBM) reserves. However, developing unconventional resources requires support from the local stakeholders and governmental bodies need to address several issues.

For instance, CBM areas are often in forests and tribal lands as well as reserve lands that have very specific laws to protect the residents of those areas. The evacuation process required by the development and extraction of CBM is time-consuming. Additional problems such as water usage in unconventional gas extraction need to be dealt with upfront.

The government needs to resolve those issues prior to further encouraging operators to go into unconventional resources. The process will likely take time, at least a few years, as it requires all Indian states to co-ordinate their systems and adopt a common legislative framework.

About AOGO: AOGO was created in 2006. With 26 members, AOGO represents many of the companies working in the Indian upstream sector. The association functions mostly as a platform for networking and interaction between operators, and the body also promotes the interests of the oil and gas industry in India.

For more news and interviews from India, click here