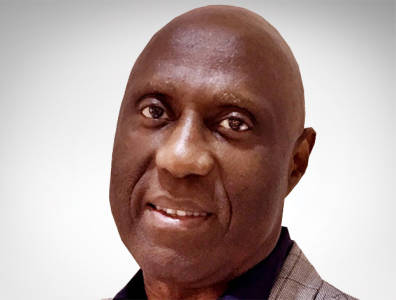 Angola’s oil and gas industry needs to bring more added value to the entire economy through the development of new areas, such as fertilisers.

TOGY talks to Manuel Arnaldo Sousa Calado, president of the Angola-China Chamber of Commerce, about pursuing a diversified economy, boosting private investment and lessons to be learned from the oil and gas crisis. The chamber was established in March 2016, to protect mutual investment and encourage partnership.

In which areas is Chinese investment in Angola the strongest?
China has become the most relevant and wide-ranging source of investment in Angola. While many doors are open for international investment, the development of the Angolan economy has benefited immensely from the recent influx of Chinese investment.
Aside from the energy industry, China has been investing heavily in infrastructure and manufacturing projects, as well as in agriculture and the agro-industry. With vast, fertile land, it is important to attract capital to agriculture, as well as education and training.
Given China’s economic ascension of the past three decades, Angola should view it as an example of how to achieve prosperity without undermining political stability, as well as with the aim to benefit from its global expansion.

What are the main lessons to be learned from the ongoing oil and gas crisis?
One of the main lessons is the need to invest in the diversification of the economy. The chamber is committed to supporting that transition, and help both Chinese and Angolan companies to explore other areas, such as tourism, agriculture and manufacturing.
Our goal is to help the Angolan government pursue diversification, even if the national economy is still geared toward the hydrocarbons industry. In fact, Angola’s oil and gas industry needs to bring more added value to the entire economy through the development of new areas, such as fertilisers.
Another important lesson is the need to boost the importance of the private sector and investment in the economy. Most members of the chamber are private companies.

How can Angola become more attractive to private investment?
In order to do so, it is important to identify the fundamental flaws of the system. For instance, manufacturing and conducting business in Angola remains expensive. These initial challenges must be addressed as soon as possible.
From the price of hotels to the forex situation, we have to assess the factors that negatively affect Angola’s business environment. It is crucial to figure out the reasons behind rising costs of production, labour, manufacturing, energy and water. These challenges will have to be addressed through a holistic approach and a set of reforms aimed at improving the entire economy.

Could you describe the mandate of the Angola-China Chamber of Commerce?
The primary objective is to facilitate Chinese investment in Angola, and vice-versa. The aim is also to improve relations between Angolan and Chinese business communities, particularly when it is still very challenging for Angolan companies to invest in China.
The role of the chamber is to get both parties to resolve existing problems and foster the conditions conducive to business. These conditions are created by laws that promote security and confidence, and guarantee companies returns on investment, which is the most acute problem for investors in Angola today. The ongoing crisis has affected the finance and exchange sector, making it increasingly difficult for companies to repatriate earnings.
In spite of such difficulties, the chamber is working with the Angolan government to defend the interests of Angolan and Chinese companies. It represents more than 1,000 companies from both countries, and we want Angola to continue to attract the robust influx of Chinese investment in Africa.