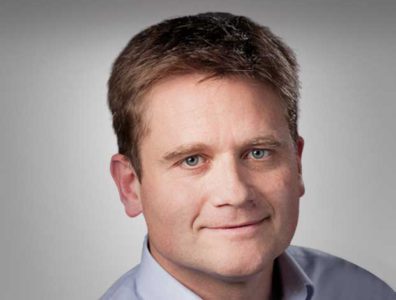 Infrastructure needed changes and the country was quick in making plans to bring about the required changes.

West Chirag platform production as of December 2014More than 90,000 barrels of oil per day

The Azeri-Chirag-Guneshli (ACG) oilfield has the potential to remain one of the world’s largest producing fields for decades to come. Its production-sharing agreement, signed in 1994, has been critical to the modernisation of the Azerbaijan’s oil and gas industry. BP’s regional president for Azerbaijan, Georgia and Turkey, Gordon Birrell, speaks to TOGY about the development of the ACG fields.

What is your assessment of the Contract of the Century since it was signed in 1994?

Azerbaijan signed the contract when the country had been an independent state for just three years. The economy, management concepts, technology and infrastructure needed changes and the country was quick in making plans to bring about the required changes.

BP and other investors were aware of the risks of making huge investments in a newly independent nation with almost no experience of partnership with foreign companies. However, the company was confident it could make a change working closely with the government and various international stakeholders.

From the beginning, foreign companies spoke with the government of Azerbaijan and State Oil Company of the Azerbaijan Republic and established a variety of plans and targets. The production-sharing agreement has held firm under the pressure of events, such as the global financial crisis in 2008 and declining oil prices. The financing of these mega-projects in the country has gone smoothly so far.

What have been the latest developments at ACG and what is the future of the field?

To remain productive, the field will require continual investment and production optimisation through the most efficient ways known to the oil and gas industry. As of early 2015, the company have six platforms to drill from as well as one semi-submersible drilling unit at the ACG field. In 2014, 10 new producing wells and three water-injection wells were delivered to the field.

We are working to reach the maximum oil flow rate with no associated sand produced from the wells. For this purpose we are applying new technology for well completion. This includes open-hole gravel-packed screens and large diameter tubulars equipped with fibre-optics, allowing for higher production rates while controlling the amount of sand being produced.

In 2014, BP upgraded the gas injection compressor engines on the Central Azeri platform to inject gas at higher rates throughout the year. The company used a new engine design that brought immediate production benefits.

Plant turnarounds and ongoing maintenance keep the facilities at a high level of integrity, while ensuring their operational lives extend for decades to come. The company plan major maintenance programmes for its platforms each year, supporting the high plant efficiencies that have been achieved at the ACG field.

The West Chirag platform has been steadily increasing production since start-up in early 2014. As of December 2014 it produces more than 90,000 barrels per day from five wells, and will continue to increase production as the other pre-drilled wells are brought online.

What have been the latest developments at the Shafag-Asiman structure?

The Shafag-Asiman 3D seismic acquisition, completed in 2012, was the first 3D seismic ever conducted on this contract area. The processing of the acquired data, which is believed to be the largest 3D survey ever processed in Azerbaijan, took two years to complete. We started interpretation of the seismic dataset in the first half of 2014. This will require around 18 months to complete. Another year will then be required to plan the first exploration well.

Will lower oil and gas prices affect the development of the fields BP operates offshore?

Our projects in Azerbaijan are long-term and important to the country. They are moving ahead and will continue to do so in accordance with plans that we have agreed with the government and co-venturers. Companies also look for ways to remove unnecessary complexity and increase efficiency in areas such as operational processes, supply chain and organisational structure.