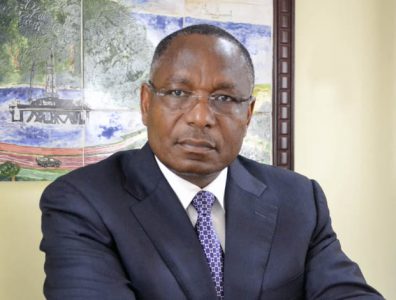 The end goal is not to merely participate, but to be the operator. For this reason, we think that the new law should reinforce SNPC’s role.

Five-year goal from Mengo-Kundji-Bindi15,000 barrels of oil per day

Founded in 1998, the state-owned Société Nationale des Pétroles du Congo (SNPC) is Congo-Brazzaville’s first integrated oil and gas company. Its primary operations are in the production, refining and transportation of petroleum. Jerome Koko, the SNPC’s director general, speaks with TOGY about a possible pipeline from Pointe-Noire to Brazzaville and the role of SNPC in the future of the local oil industry.

How will revisions to Congo-Brazzaville’s hydrocarbons law change SNPC’s role?

SNPC needs to play a more central role among all the players involved in Congo-Brazzaville’s hydrocarbons industry. For example, there are oil and gas production permits underway in 2014 in which SNPC has no role at all.

In the future, this should no longer be possible. It should be necessary for us to participate either as an operator or as a participant.

The end goal is not to merely participate, but to be the operator. For this reason, we think that the new law should reinforce SNPC’s role and enable it to be a true main actor in the hydrocarbons industry. Of course, it should do this without excluding our partners, which have much more experience in the field than our company does and with which we hope to continue to work in the coming years.

A 500-kilometres pipeline from Pointe-Noire to Brazzaville has been a topic of discussion in the industry since at least 2010. What is its status in 2014?

It is true that we have plans to build a pipeline for finished products from Pointe-Noire to Brazzaville, and from there up into the north of the country. Yet, in 2014, we are transporting finished products by road and railway.

I am not saying that such forms of transportation will be discontinued. Road travel is fine over short distances, but long distances create risk. Railway transport, since we only have a one-track railway, causes delivery delays. A pipeline will allow us to transport finished products with fewer obstacles.

This pipeline will change drastically, if not revolutionise, the supply of our country’s interior, and maybe even that of bordering countries, such as the Central African Republic, Cameroon, and the Democratic Republic of the Congo. The latter of these is in 2014 one of the biggest supply routes for finished products.

The project is being managed entirely by SNPC. We are financing studies that are already underway and should be finalised by 2015. Then we will have an estimated cost for the project, which we will begin with right away.

For now we have not had any offers or interest from other parties that would like to join us. For us this project is both commercial and political. That is why we are committed to pushing it forward ourselves, even if we had hoped for there to be other partners.

What is the background of SNPC in Congo-Brazzaville and where do you see the company in five years from 2014? What are some of the company’s downstream responsibilities?

SNPC was created to participate in the hydrocarbons industry and also in the development of Congo-Brazzaville at large. Previously SNPC held non-operating interests in acreage rather than acting on the production side.

We participate in permits with other major companies that work here in Congo-Brazzaville, notably with Eni, Total and Chevron. However, in 2010 SNPC became an operator on the onshore Mengo-Kundji-Bindi site.

In 2014, we are producing around 700 barrels of oil per day from the Kundji pilot project site. This is done through our upstream subsidiary Sonarep. We have drilled our own wells at the site using our drilling subsidiary the Société de Forages Pétroliers. By 2019, we hope to reach 15,000 barrels of oil per day on the three fields (Kundji, Mengo and Bindi) after full-field development.

In addition to our activities in the upstream sector, we are responsible for the sale of petroleum that comes back to the state through royalties and shared production.

We also supply the country with finished petroleum products from our Congolaise de Raffinage refinery. The facility refines two categories of Congolese oil: Djeno Melange and N’kossa Blend, which are the main crudes produced in Congo-Brazzaville.

What are some of your expectations for the company during 2015? What specific targets does SNPC hope to surpass by that time?

By August 2015, the company will have taken a giant step forward, in that we will have launched, together with our partners, the first drilling site in the Cuvette Basin. SNPC will have finished studies on the Pointe Noire to Brazzaville pipeline and may even have started with the construction stage. We also aim to have established ourselves as a prominent operator.