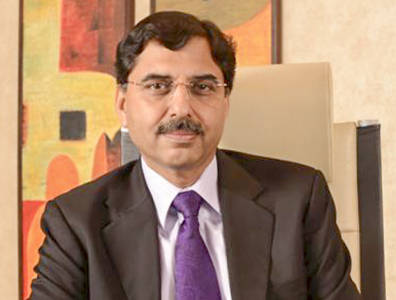 As India develops its gas market, synchronising infrastructure with the availability of the commodity remains a challenge.

Gas trials: How Indian law is holding up development

Shaleen Sharma, president and managing director of BG India, speaks to TOGY about ways to develop India’s piped natural gas network and challenges faced in the upstream and LNG sectors. While BG India has divested from the City Gas Distribution (CGD) company Gujarat Gas in 2013, it remains involved in India’s CGD sector through Mahanagar Gas Limited, a non-operated joint venture with GAIL.

How could the expansion of India’s piped natural gas network best be encouraged?

The government has already made it clear that it will provide gas from indigenous fields for CGD companies serving residential and automobile users in order to connect every household to natural gas pipelines and make Mumbai a model city for natural gas utilisation. This is a positive step as domestically produced gas is cheaper than imported LNG. The gas network needs significant expansion as the use of lighter and environmentally friendly natural gas is highly preferable to the more inflammable and heavier LPG. Further, extensive development of natural gas pipeline networks would involve concerted efforts to address some key issues.

The first one is to ease and harmonise the permissions related to PNG infrastructure. At the moment, natural gas allocation is handled by the central government, but the permission to expand the network resides predominantly with state governments, especially when it comes to the rights of use to lay a pipeline.

Secondly, a strong safety culture has to be developed by enhancing safety systems and close monitoring by an appropriately qualified body as well as by the Petroleum and Natural Gas Regulatory Board.

Finally, the government needs to make sure that natural gas is equally competitive and attractive compared to subsidised fuel such as LPG. A level playing field needs to be provided for potential investors in CGD projects, and the government should avoid the temptation of interfering in sales margins and pricing of natural gas and CNG to customers.

The LNG market in India is seen as a growing and creditworthy one. It has depth because of the increasing gas demand, which has to be fuelled by availability from domestic fields as well as increasing LNG import volumes. India is the fourth-largest LNG importer in the world after Japan, China and Korea.

With the ongoing projects to expand LNG terminals and build additional regas infrastructure, India is expected to have an annual import capacity of about 30 million tonnes by 2017, almost double what the net effective capacity is today. The Indian market is also seen as reliable and stable by international LNG suppliers such as BG, given its financial credibility and ability to pay at international prices, which is not always the case of some other LNG importing countries.

How do you assess India’s gas infrastructure?

As India develops its gas market, synchronising infrastructure with the availability of the commodity remains a challenge. For example, development of LNG terminals has not always been synchronised with gas pipeline development to evacuate regasified-LNG. Kochi is one such terminal where regasified LNG is available but cannot be transported because the trunk transmission pipeline infrastructure is not ready.

This is due to lack of inter-state permissions which impacts synchronising of the facilities and the evacuation infrastructure. In other cases, trunk pipelines have been constructed but the commodity is not available in volumes for which the pipelines were designed.

How attractive is India’s exploration and production sector for international energy companies?

India’s oil and gas industry needs an immediate uplift through the ongoing “Make in India” campaign to attract investors in the country. As India imports about 80 percent of its crude oil requirements, investments in the industry are needed to decrease the high import bill and also to enhance energy supply security.

India’s production-sharing contracts have proven their efficiency despite a number of arbitration cases arising from conflicting interpretations of contract provisions and clauses. The industry is now keenly waiting to hear from the government about the 10th bidding round of the New Exploration Licensing Policy which, if put under attractive contractual terms, could well attract international investors in India’s upstream sector.

About BG India: BG India is producing about 20,000 barrels of oil per day and almost 6.8 mcm (240 mcf) of gas per day from the offshore Panna Mukta and Tapti fields. By mid-2015, BG’s LNG business will begin deliveries of 1.25 million tonnes per year of LNG to Gujarat State Petroleum Corporation over a term of 17 years under an agreement signed in March 2013. BG sees further opportunities to supply additional LNG for the Indian market. BG India is keen on assessing the technical potential of India’s upstream acreages through a proposed joint study with the Oil and Natural Gas Corporation of India.