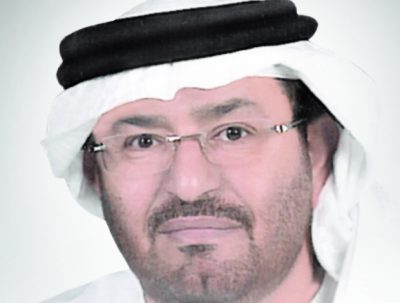 Cutting-edge production enhancement technologies have been deployed and artificial islands have been developed to maximise recovery in mature fields both onshore and offshore.

Abdulla Nasser Al Suwaidi, director general of the Abu Dhabi National Oil Company (ADNOC), the custodian of oil, gas and petrochemicals development in Abu Dhabi, talks about the company’s large investment to boost hydrocarbons production from maturing fields and its goal develop new fields in order to meet the rising global and domestic demand for energy.

Since its establishment in 1971, ADNOC has taken on the ongoing industry challenges of balancing market supply and demand, and introducing new technologies where applicable.

The application of digital oilfield systems, enhanced oil recovery techniques, gas emissions diminution strategies and stringent environmental preservation standards are examples of our approaches to the exploration, production and development of crude oil and natural gas.

Are developments going as planned?

Abu Dhabi’s existing projects and field expansions are on schedule. Cutting-edge production enhancement technologies have been deployed and artificial islands have been developed to maximise recovery in mature fields both onshore and offshore. Through adopting these strategies, we are looking to raise oil production to 3.5 million barrels of oil per day by 2017.

Has the approach to exploring and developing new acreage changed in recent years?

ADNOC has been looking to develop new fields with good hydrocarbons prospects through new joint venture partnerships approved by the Supreme Petroleum Council.

Al Dhafra Petroleum Operations, a joint venture between ADNOC and the Korea Abu Dhabi Oil Company – a South Korean consortium comprising the Korea National Oil Corporation and GS Energy – and the Al Yasat Company for Petroleum Operations, which is a joint venture comprising ADNOC and the China National Petroleum Corporation, together represent the introduction of new partners from Asia into Abu Dhabi’s upstream landscape.

These have joined existing joint ventures with European and US international oil entities that are members of the ADNOC group of companies. ADNOC will continue to develop maturing and new fields by diversifying its partnerships with operators around the globe.

How has Abu Dhabi built relationships with Asian trade partners across the value chain?

Rapidly growing Asian economies are large consumers of hydrocarbons and Abu Dhabi has built relations with several Asian countries through the oil and gas industry. Japan was the first such partner, followed by South Korea and China. Abu Dhabi’s co-operation has been forthcoming in hydrocarbons exports, contracting services, education, sales and marketing outlets, and upstream concession partnerships.

What is the history of that participation?

The participation by Asian entities in Abu Dhabi’s energy industry goes back to the 1960s, after crude oil concessions had been granted to European and US companies such as ExxonMobil, Shell, BP and Total. In the summer of 1967 the late Sheikh Zayed Bin Sultan Al Nahyan, founder and former president of the UAE and ruler of Abu Dhabi, took the unprecedented step of offering Japanese companies the chance to bid on crude oil concessions in Abu Dhabi.

The Tokyo Electric Power Company (Tepco) signed an agreement to build a plant on Das Island from which an initial yearly production of around 4 million tonnes of LNG would be exported to Japan for 20 years.

The agreement was renewed in 1994, with Das Island’s LNG production doubled to 8 million tonnes per year and Tepco agreeing to import most of this quantity for another 25 years. According to sources at Tepco, the electricity powering every one in four lamps in Japan is created using gas produced in Abu Dhabi.

Abu Dhabi’s economic diversification strategy includes the continued building of mutual relations with Asian markets in which demand for hydrocarbons is rising due to economic growth. The Abu Dhabi Polymers Company has established marketing offices in Singapore and China.

The recent offshore and onshore concessions granted to Chinese and South Korean state oil entities via the new ADNOC subsidiaries will further consolidate the interests of ADNOC and the Asian countries. We hope these agreements will help them meet their energy requirements.