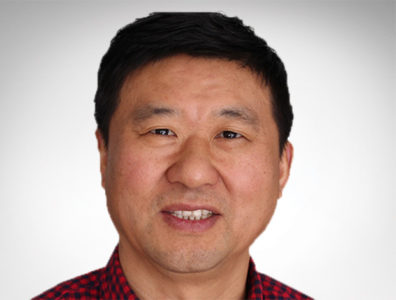 Growth and change in China

Could you describe some of Beijing Sanchuan Century Energy Technology Corporation’s recent achievements?
We’re able to place our achievements over the past few years into three categories. The first is capital. We were first listed on April 9, 2015, and have managed to raise CNY 30 million [USD 4.36 million] in capital for the company.
The second category concerns technological development and R&D of new products. In the past two years, we have applied for intellectual property rights for 37 items. We have also reached an integrated agreement regarding teaching research and production with the China University of Petroleum.
In 2014, we established a manufacturing base in the province of Hubei. This was a response to a policy to get rid of industrial production facilities in Beijing and build a Beijing-Tianjin-Hubei integrated economic zone. Within one year of establishing the factory, we obtained national pressure vessel manufacturing certificates, and we now have these from all over China, nearly every certificate. We also have ISO 9000 and HSE certifications.
The third category of achievement is marketing. We competed with the national aeronautics corporation to build the China-Russia number four gas pipeline, and have won some section bids, which is a very rare achievement for a private enterprise.
We have also won some initial bids with Sinopec in northwestern China, as well as bids to clean two sections of pipeline in Kazakhstan. Additionally, we will supply 245 oil extracting machines to Turkmenistan. Our strategy is to make a living from our domestic business while seeking further development overseas, and we are making this strategy a reality step by step.

Could you elaborate on ongoing projects?
The 245 oil extractors for Turkmenistan are scheduled to be delivered by June 2017. The contract is worth is USD 8.66 million. The Kazakhstan pipeline cleaning project is worth about USD 2 million. It is not a big contract, but it is our first step, and we hope it will be seen as an example of our capabilities. This project is scheduled to be completed by May 2017.
For the other two important Chinese projects there is the China-Russia pipeline and the Shaanxi number four pipeline. The contract is worth about USD 4 million and is scheduled to be finished by June 2017. The Sinopec bid, the initial framework of the bidding, is worth about USD 4 million. It has yet to be finalised, but the project is scheduled for completion in August 2017. We are also bidding for an air compression project for Turkmenistan worth USD 8 million.

Do you foresee more expansion and interaction with neighbouring countries?
A lot demand for pipelines is being cultivated in China. The next step is to finalise the second phase of the Turkmenistan pipeline project, which will be worth USD 30 billion. Step one of phase two of this project is projected to cost around USD 15 billion. However, feasibility studies are still underway.
After the China-Russia pipeline and the Shaanxi pipeline are completed, branch lines will be needed. Also, for the China-Russia line we will have the eastern and western sections.
Other planned pipelines include the D line of the Central Asia–China gas pipeline that will run from Kazakhstan and Turkmenistan, as well as pipelines from Turkmenistan to India, Pakistan and Afghanistan.
In general, natural gas will be used more frequently because of its environmental advantages over coal. We know that 40 bcm (1.41 tcf) of gas storage is being planned in Russia. Considering the major pipelines and branch lines, there is a lot of work for us.

Could you describe your plans for expansion into other countries?
We need to maintain our advantage in our traditional line of business, private manufacturing of gas equipment. On the technical side, we have a great many patents, all for technologies that save costs for project owners. Our technologies designed to process oil and clean pipelines help increase profits for our clients.
In terms of domestic and international strategies, our livelihood is based on the domestic market, though we can foresee development overseas. In terms of geographical areas, we are looking at Central Asia, especially Kazakhstan and Turkmenistan. Kazakhstan’s sulphur content is very high, leading to deposits in pipelines, and our cleaning services are very welcomed there.
In addition, Kazakhstan has a market economy, economically and politically, and the legal system is relatively stable. The ease of doing business, the political stability and the legal stability make it a good candidate.
In 2011, China and Kazakhstan announced a strategic partnership. The relationship was elevated from the governments’ sides, and this is another reason that we are looking at Kazakhstan. We plan to expend 60% of our energy in Kazakhstan next year.