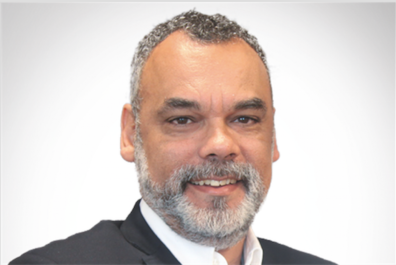 Both operators and oilfield services companies would benefit from greater standardisation, which would allow for asset sharing, faster part replacement and enhanced collaborations.

Number of blocks being auctioned for the Kwanza and Lower Congo basins: 10 blocks

Reserves associated with the Dalia and Girassol fields: 500 million barrels of oil

The downturn in oil prices is hampering not only exploration and production activities, but also the development of local talent in Angola. Deputy general manager of Total E&P Angola, João Amaral, tells TOGY how the industry can work together to ride out the current crisis, and what role the national government can play in building a more skilled and efficient local workforce

Given the current downturn in oil prices, how can the development of marginal fields help Angolan oil and gas production?
The industry is trying to identify new means of building growth during these lean times, and there is substantial potential for the evolution of marginal fields. However, the legal framework surrounding these projects needs to be updated according to new prices and the potential of each reservoir.
Known marginal fields are located in deep-water geological plays that require significant capital expenditure for their exploration and development. Traditional drilling technologies cannot be implemented and operators need to be creative.
These fields are usually expected to produce between 50,000 and 100,000 bopd. However, the current contractual framework refers to large reservoirs such as the Dalia and Girassol fields in Block 17, which contain more than 500 million barrels of oil resources.
Those same rules don’t allow us to set up commercially viable operations in marginal fields. The return on capital offered by today’s production-sharing framework is not sufficient to monetise the investments.
To develop marginal fields in a deepwater context, operators need to see contractual adaptations in line with the economic reality of these projects.
While there has been no change as yet, the government has acknowledged the importance of such a legislative step. In 2016, we expect to see new measures to promote contractual flexibility and introduce marginal fields to the local industry’s commercial matrix.

What measures could provide relief to the offshore hydrocarbons industry in Angola?
Oil and gas operators are expecting the prices of associated services to fall, but this change cannot happen overnight. The industry needs to avoid long periods of inactivity.
One feasible stop-gap would be to homogenise technical standards and the technologies used in offshore fields. At the moment, companies are forced to retain large stocks of equipment in Angola to cater to the broad range of processes used. This unused equipment is costly to maintain and can often be used more efficiently in other markets. Both operators and oilfield services companies would benefit from greater standardisation, which would allow for asset sharing, faster part replacement and enhanced collaborations.

As an Angolan in charge of the local branch of an oil major, how do you see the development of local talent?
Super-majors have had a critical role in enhancing the skills and career growth of local personnel in the Angolan oil and gas industry. They have offered knowledge-sharing, as well as the opportunity to develop careers based on international experience.
However, the Angolan oil and gas industry does not have the necessary framework for local talent growth. The lack of contractual flexibility, combined with raw material prices three times higher than in other markets, has created a unique paradox.
Today, there are too many worksites and not enough work needing to be done in them. No new big projects will be opened any time soon. There is an oversupply of labour and the industry is entering into an operational impasse with low oil prices hindering the development of new projects. This situation naturally hampers the development of the local workforce.

What opportunities can the onshore sector bring to the local hydrocarbons industry?
The growth of Angolan businesses in the exploration and production sector has been exponential over the last decade.
Local companies such as Somoil, Acrep and Falcon Oil have taken shares in onshore as well as offshore fields operated by international companies.
This shows how international firms and Angolan companies can collaborate under a common umbrella towards the development of the local hydrocarbons industry.
The 10 blocks being auctioned for the Kwanza and Lower Congo basins do not seem to have the commercial potential to attract hydrocarbons majors. However, they do offer very welcome opportunities for these small to medium-sized Angolan operators.