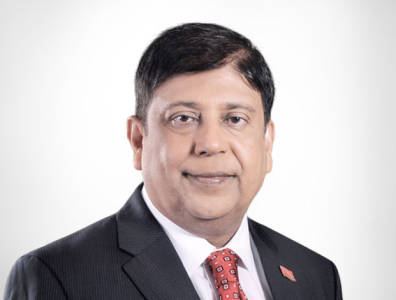 By implementing efficient production methodologies, the life of the country’s finite hydrocarbons resources could be extended.

Level of Trinidad and Tobago’s gas curtailmentsUp to 20 percent

How to survive Trinidad’s gas shortage

National Gas Company (NGC) president Indar Maharaj talks to TOGY about the importance of the energy model for the downstream sector. NGC is engaged in the purchase, sale, transmission and distribution of natural gas. It is also involved in infrastructure development, natural gas liquids extraction and sale. NGC plans to invest $77 million in CNG infrastructure development by the end of 2016.

What efforts have been made in Trinidad and Tobago to combat gas curtailments?

The industry has endured natural gas curtailments of up to 20 percent for around three years. The current curtailments have been caused by a lack of investment in the upstream sector between 2008 and 2010. Producers began increasing spending on asset integrity in 2010. This protects the gas flow from existing fields but does little to increase production.

Since 2013, Trinidad and Tobago has increased exploration and drilling activity. While this type of investment will take time to translate into actual resources, increased upstream activity should result in a gradual transition to a curtailment-free market. Gas production is expected to increase from 2015 to 2016.

In 2016, Anglo-Australian operator BHP Billiton plans to start exploration in two deepwater blocks. Production from BPTT’s $2.1-billion, 2017 Juniper project will also increase the quantity of gas in the market. The Corallita and Lantana fields, part of the Juniper development, hold an estimated 34 bcm (1.2 tcf) of gas. In January 2015, a large mooring and foundation installation was completed at the project, by US mooring services company InterMoor.

In October 2014, UK-based operator BG Group announced that its offshore Starfish development project would also supply natural gas to the NGC. BG Group delivered its first gas from the Starfish field at the East Coast Marine Area in December 2014. The project is expected to deliver around 6.23 mcm (220 mcf) of gas per day to the country’s resource-starved market. What measures can be undertaken to improve the efficiency of the downstream sector?

In order to stabilise resource shortages, the NGC must continuously monitor the quantity of natural gas that is entering production.

To this end, the Ministry of Energy and Energy Affairs mandated the NGC’s subsidiary, National Energy, to develop a framework for an energy efficiency policy and for an energy management programme in July 2010.

The objective of these policies was to supply downstream facilities at the Point Lisas Industrial Estate with sufficient quantities of gas. While Point Lisas gas-based facilities use a significant portion of the resource, the majority of gas is consumed in the upstream LNG industry.

An energy efficiency study that was commissioned by Trinidad and Tobago’s government in 2011, revealed the potential for a 15-percent reduction in energy use among the downstream plants located at Point Lisas.

By implementing efficient production methodologies, the life of the country’s finite hydrocarbons resources could be extended, thereby enhancing the potential for revenue generation and industrial growth. Currently, the ministry is in discussions to develop mechanisms that promote industry efficiency.

How can the value chain be improved upon?

Trinidad and Tobago must assess how the NGC can be leveraged to increase the country’s presence in the energy industry.

The country has to address the efficiency of the value chain as a whole. For example, the performance of downstream facilities at Point Lisas could be vastly improved through the increased optimisation of processes for methanol, ammonia and derivatives production.

What role should NGC play over the medium term in the country’s energy framework?

The NGC is working to facilitate increased foreign direct investment. International expansion will be important over the medium term. Although the NGC has an attractive portfolio of assets, it has only achieved sporadic, incremental growth in terms of its global reach over the past few years. In 2015, the NGC has set its sights on a strategy for the future that relies heavily on global expansion through international business partnerships and opportunities.

Does the initial public offering (IPO) of Trinidad and Tobago NGL signal an evolution in the domestic hydrocarbons industry?

The 49-percent share offered by the NGC in the Trinidad and Tobago NGL IPO is significant in the context of the domestic market.

For the first time, nationals of Trinidad and Tobago will be able to have a stake in the energy industry. If the NGC itself goes public through an IPO at a future date, we will have an educated base of shareholders in the country who understand the business.

Being state-owned, the NGC is accountable to both the country and government. One advantage of this is that the exchange of valuable information supports our attempts to expand into other countries and markets.

How can the state help local services companies thrive in the national oil and gas market?

The local services sector is a vital cog in Trinidad and Tobago’s value chain. This remains true despite the ongoing trend of larger international services companies entering the market and taking some of the business from local players.

In order to remain relevant and reclaim their market share, Trinidadian services operators need to rethink their plan of action. Local businesses engaged in the sector must consider future opportunities for growth and assess the viability of expanding internationally.

They must be confident in the services that they are capable of providing to the domestic oil and gas industry, realising that these same services can be offered to global markets. Companies operating exclusively in Trinidad and Tobago are limited. Such entities are fully capable of expanding into international markets, such as the Americas and the Caribbean.

Trinidad and Tobago’s government is instrumental to the international expansion of local services companies. In order to support these businesses, the government must move beyond offering financial backing that does not lead to long-term sustainability.

The government must assist local services operators in international expansion by fostering partnerships with international companies. This will ensure that local services companies’ technological competencies are recognised worldwide, increasing their marketability and profitability, thereby allowing these companies to thrive.

For more news and features from Trinidad, click here