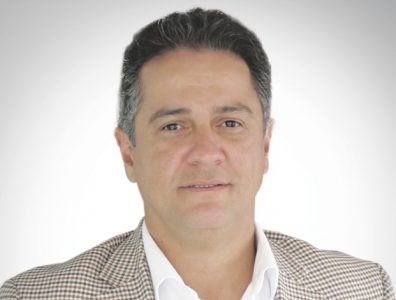 Guarantees should be more flexible with a focus on production to compensate for the growing deficit in oil production. Taking the case of the US and Canada, socio-environmental framework contracts should be implemented in relation to environmental permits.

Cerex Energy Group CEO William Blackburn talks to TOGY about the state of the country’s oil and gas industry during the oil price downturn, potential policies that could increase foreign investment and regulatory changes to the licensing process that will help kick-start the domestic industry. Cerex is a Colombian exploration and production company that owns assets in both Colombia and the US.

How have low oil prices affected the Colombian oil and gas industry?
Investment has declined substantially. If there was no bonanza with high oil prices, then the chances have certainly dropped with lower oil prices. Some local conditions also make the situation worse in Colombia than in other countries. These include public order problems and delays in issuing socio-environmental licences. Some of these difficulties can be easily resolved with political will, allowing the industry grow and prosper.
Low oil prices strongly affect the hydrocarbons industry, which is a significant source of revenue and goes towards funding infrastructure projects, health services and education. Instead of the approach the Colombian government has taken over the past five years, it should be giving the necessary support to an industry of such importance to the national economy and providing investors with a positive image.

What should the government do to increase foreign investment?
The royalty system can be modified to give more favourable terms to the industry. Flexibility in contractual terms and guarantees should be more important. The government cannot demand a 50-percent guarantee for exploratory commitments with oil prices that have been reduced by 60 percent in the past year, and then pretend to freeze the money that companies should be investing in exploration.
Additionally, the industry can deal with low prices because adjustments can be made to the cost structure. However, the situation becomes more difficult when operators are not only coping with low prices, but also with issues linked to licensing procedures, such as obtaining environmental licences, the never-ending prior consultations and capricious demands from communities.
The world has changed. If both the government and communities do not make an effort to adjust, other countries will receive international investment instead. Practicality and socio-environmental framework contracts are necessary when companies enter an area. They will already have a good idea of how many different stakeholders are in the region, including communities, farmers and the surrounding flora and fauna.
There are ways to compensate for different environmental impacts. Royalty payments made to affected communities should reflect what is done in the US. Royalties of 2 percent and a 2-percent share participation in the business should be given.
In Colombia, the issue is more related to time than money. For example, let’s say the environmental impact assessment costs $600,000 instead of $300,000. If the exploration could begin tomorrow, then it is likely that everybody would agree to that amount. A cheaper assessment that includes three to four years of waiting time is not more preferable than an expensive one that begins immediately.

What would help boost the industry?
Guarantees should be more flexible with a focus on production to compensate for the growing deficit in oil production. Taking the case of the US and Canada, socio-environmental framework contracts should be implemented in relation to environmental permits. A firm commitment to compensate the region comes with these types of contracts, while allowing the company to start exploratory activities right away.
In Colombia, companies are willing to channel significant investment into the region. They are willing to find project timelines delayed for three to 10 years, with 90 percent of the time spent on addressing socio-environmental questions and 10 percent of the time dealing with the project itself, such as drilling wells and acquiring seismic data.
No budget can withstand this type of pace in regions that require three to five environmental licences in the same area. It is not only inefficient, but also costly to continue following this framework.
The government issues agreements, decrees and articles, but it has been very slow in putting them into practice. This means that all relevant stakeholders from the private and public sector need to reach an agreement.