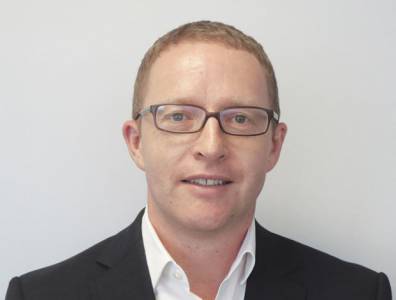 Efficiency and collaboration are the two key answers to the present downturn in oil prices. We have all been looking at new ways to be more efficient.

Halliburton has been operating in Angola since:1959

Change has come for oil and gas operators and services providers in Angola, as the downturn in energy prices is forcing companies to re-evaluate their plans in the country. Graeme Taylor, vice-president of Halliburton Angola, talks with TOGY about the necessity for the oil and gas industry to adapt to the opportunities the current scenario presents for companies to improve operations and strengthen ties within the industry.

What challenges has the downturn in oil prices brought to the Angolan offshore sector?
2015 is a year of change. The global oil and gas industry has been experiencing reductions in exploration and development activities.
Pre-salt exploration has so far shown disappointing results. The initial theory for exploration, based on the geological similarities between the Brazilian and the Angolan subsea oil formations, has yet to be fully proven; it’s not over yet, more analysis is needed to understand the subsurface.
The Brazilian oil and gas industry wasn’t a success from day one, and consider that time and investments were also necessary for the US to achieve its shale revolution. State-owned Sonangol and the major operators need to re-evaluate the geological information in order to understand the size of the subsurface hydrocarbons reserves.

How can industry players operating in Angola maintain current production levels?
Efficiency and collaboration are the two key answers to the present downturn in oil prices. We have all been looking at new ways to be more efficient. Oilfield services companies have been re-evaluating their strategy, analysing every single detail from the very design of the equipment to the commercial contracting to delivery options. The market needs to adapt to the current commodity price and collaborate in finding a common response. Importantly logistics bases such as SONILS are now looking into how to support efficiencies.
The whole sector would benefit if efficiency were coupled with higher collaboration between the industry players. Operators are now looking into the possibility of sharing assets such as floating production, storage and offloading vessels across the offshore concessions. The approach is something new here and is being reviewed by Sonangol.
In terms of standards, each operator has a technical preference, and Sonangol is linked to each block. There is an opportunity to further standardise technical specifications and requirements across the offshore blocks. This is not an easy task, but it could yield a reduction in operational cost.
A further challenge is to extend the efficiency focus applied to offshore operations to the administration in Luanda. As the oil and gas industry is the main pillar of the Angolan economy, the authorities have an opportunity to streamline processes and review agreements to encourage further investment.

What are the major oil and gas opportunities in Angola besides the offshore deepwater formations?
Deepwater and shelf activities have driven production over the past years. At present, onshore production contributes a fraction of Angola’s overall production, which is between 1.7 million and 1.8 million barrels per day.
Onshore reserves will be a future focus area for Sonangol. Due to obsolete infrastructure and lack of investments, a significant number of mature wells in the Kwanza and Congo basins are in decline or no longer active.
However, these assets can provide operators with some quick wins. The technology needed for onshore drilling operations is relatively cheap when compared to offshore deepwater activities. Also, newer enhanced oil recovery techniques can help revitalise the fields and prolong their economic lifespan.
The onshore potential of the southern province of Namibe remains untapped. Angola’s onshore potential has been hit with bad timing. The downturn in late 2014 has put a serious halt to the country’s blooming exploration. Previously, enthusiasm had been high, and new unknown reserves were being targeted by the oil majors.
The future is still bright for Angola, significant challenges and opportunities remain during this period of change. It’s the right time for Sonangol to challenge the norms and to be creative. Collaboration and the sharing of global practices will open up the doors for further investment and propel Sonangol towards the goal of 2 million barrels of daily production.