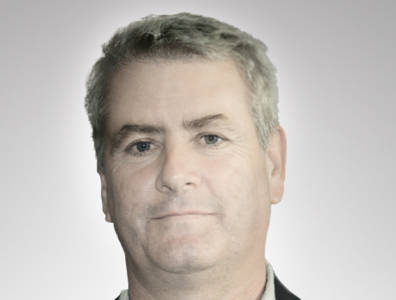 There seems to be a general consensus among energy producers that consideration should be given to a re-evaluation of the current SPT programme.

Oil price threshold for SPT to take effect:USD 50 per barrel

Touchstone Exploration (Trinidad) country manager Michael Loewen talks to TOGY about how the modification of royalty schemes and a more collaborative approach to independent producers would increase Trinidad and Tobago’s attractiveness as an investment destination for international oil and gas companies.

How could the country’s current Supplemental Petroleum Tax (SPT) be amended to enhance more onshore drilling activities?
The SPT was initiated many years ago, when oil pricing was very low, and was implemented as a windfall tax for the state. It was a measure enacted that allowed for the state to obtain revenues via a tax from oil companies when oil pricing climbed over USD 50 per barrel. Those measures allowed oil companies to enjoy revenue benefits from higher pricing, but also provided the state with increased revenue via the SPT at or above that oil price. However, the tax now has a negative impact for companies that are better served, from a netback basis, at USD 49 per barrel oil pricing as opposed to pricing between USD 50-60 per barrel pricing.
When oil prices are below USD 50 per barrel, there is a 0% SPT applied to production; once pricing increases to USD 50 per barrel and greater, there is an immediate increase of the SPT to 18%. There is a break-even point on netback pricing if oil prices climb back up to USD 62 or more per barrel. The bottom line is there is more of a likelihood that a company such as ours would be drilling wells at USD 55-60 per barrel oil pricing if a fairer SPT structure was in place to encourage drilling and development. Since early 2015 when oil prices dropped below USD 60 per barrel, Touchstone has not drilled any wells in large part due to the negative impact of the SPT. The current SPT structure has, in part, stifled drilling and development as a result of its fiscal impact.
The point being, we are now in a very different price and economic environment and therefore initiatives such as the SPT need to be reviewed as a result of detrimental and perhaps unintended consequences of their original intentions.

What would be a better method to mitigate the challenges associated with SPT?
There seems to be a general consensus among energy producers that consideration should be given to a re-evaluation of the current SPT programme. A possibility is applying a formula or a sliding scale tax mechanism where the government’s share is directly related to the price of oil. In this scenario, higher per-barrel prices would result in a higher share for Trinidad and Tobago’s government. There are numerous combinations that could be considered, but as an example: for crude oil prices between USD 50-60 per barrel, the government’s share could be set at 5%, at USD 60-70 per barrel the SPT could increase to 10%, etc., and an SPT ceiling employed.

What is the long-term role of independent oil producers in Trinidad and Tobago?
If the government’s objective is to attract more independents to the island, then there has to be a reflection in the balance of encouraging incentives and reaching out for collaboration.
There needs to be a strengthening of collaboration between local entities and foreign producers to incentivise fiscal terms, the exchange of experience and technical knowledge that would be beneficial for all parties. There are technologies and work experience that could be brought into Trinidad that would immediately affect the efficiencies associated with the onshore producing blocks and associated operators. Such collaboration could be facilitated by some of the independent producers that have access to those technologies and experience.
The role of the independents is to make wells/areas profitable where they are currently not profitable under larger operators, such as Petrotrin. This model has already been successful in Trinidad and Tobago, as it has in other countries.

How will strengthening the local content regulations impact operator’s activities in Trinidad and Tobago?
In some ways strengthening local content regulations would have a positive effect on our activities, however, we have to remain guarded not to become insular, which may not promote innovation and competitiveness.
On the positive side, it will allow local talent to be employed in Trinidad and Tobago, and money spent by oil and gas producers to remain in-country. This benefits the local economy, not only those directly employed by the companies, but also secondary companies that would benefit from the local spending. In addition, local personnel will become more technically experienced and knowledgeable and thus be able to operate independently, allowing for shared know-how that then becomes self-generating and lends itself to other possible opportunities.
However, local content will not be able to employ all the technical and equipment expertise and advancements that presently exists outside of Trinidad and Tobago. There are operations, whether they be related to drilling, well servicing or production, that have progressed year-after-year worldwide that should be introduced to Trinidad and Tobago in order for it to remain competitive within the fast developing areas of oil and gas technology and processes.
Having some of that cutting-edge technology and expertise available locally would help operations to be more efficient, assist in productivity, be more technically advantageous and hopefully more cost effective in this current and future pricing environment.

What is the role of innovation and advanced technologies to enhance oil production from the country’s ageing reserves?Touchstone Exploration employs a number of different initiatives in an attempt to maintain and optimise production and operations. There are many examples over the decades from around the world where new technology has been employed in defunct fields that have revitalised those operations to either access bypassed reserves or access new reserves, thus increasing field recovery factors. Polymer flooding, CO2 flooding, steam-assisted gravity drainage operations and horizontal drilling are but a few of the very successful technological innovations and advances that have gained worldwide acceptance and notoriety.
From a company perspective and as an example, Touchstone routinely utilise coil tubing services to enhance well productivity. This operation has proven to be very effective in maintaining well deliverability of troublesome wells, and increases well production in many instances. This type of operation has led us to other creative operational processes allowing for extended well uptime and maximising volumes.
While perhaps the foregoing operations may not be unique to the international oil industry, some of these methods are new to Trinidad and Tobago and have proven quite effective. Touchstone plans to continue its strategy of attempting to employ world standard and effective operational and production practices to its operations on the island and effectively applying them to maximise production, optimise volumes and reduce operational costs that ultimately not only rewards the company and its shareholders, but also directly benefits Trinidad and Tobago.

Click here for more news and features from Trinidad and Tobago