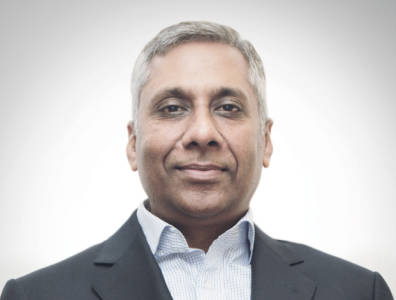 "Deep and ultra-deepwater resources are thought to hold the key to substantially increasing domestic production."

Deepak Bagla, the CEO and managing director of state-owned investment promotion agency Invest India, discusses the potential opportunities available to foreign investors in the oil and gas industry on the heels of the Make in India campaign. Total foreign direct investment (FDI) into India has increased from $24.3 billion in fiscal year 2013/14 (April-March) to $30.9 billion in 2014/15.

What are the main goals of the Make in India campaign launched in September 2014?
Make in India is based on four key pillars. First, the programme aims to promote entrepreneurship by making the business environment more flexible and reducing bureaucratic procedures.
The second is infrastructure expansion. New industrial corridors and smart cities are being developed with the technology and high-speed communication networks to support skill development, innovation and research activities. The third pillar is the opening up of most sectors to FDI. Finally, the campaign aims to position the government as a facilitator rather than regulator of economic activity.
Make in India targets 25 sectors of the economy. The oil and gas industry is of special significance and is among India’s six core industries.

What is the status of India’s energy industry?
Despite considerable domestic potential, India imports more than half its requirement of crude oil. The country spent $142 billion in crude oil imports in 2013/14. India aims to become energy independent by 2030 through increased domestic fossil fuel production. The government plans to spur resource development, including of coal-bed methane and shale gas, through reforms of the country’s oil and gas pricing policies.

What is the Indian government doing to encourage investment in the energy industry?
FDI of up to 100 percent is now permitted across the upstream, midstream and downstream sectors. The government has also moved to align domestic prices with international ones in an effort to spur investment and is aiming to double the national gas grid network to 30,000 kilometres. To incentivise upstream activity in the northeast, the 40-percent subsidy on the price of gas has been extended to private firms.

What opportunities are available to foreign investors in India’s energy industry?
India’s national oil companies will spend about $20 billion on upstream development between 2015 and 2017. This will create a sustained demand for oilfield services and equipment up and down the energy value chain.
India’s gas pipeline network also has significant room for expansion. As of 2015, only 35 percent of product movements occur through pipelines. In advanced economies such as the US, this figure is more than 60 percent.
Securing oil and gas supplies is expected to remain at the top of India’s energy agenda. Deep and ultra-deepwater resources are thought to hold the key to substantially increasing domestic production. This creates a plethora of opportunities for strategic investors that have the relevant technical expertise and financial muscle.