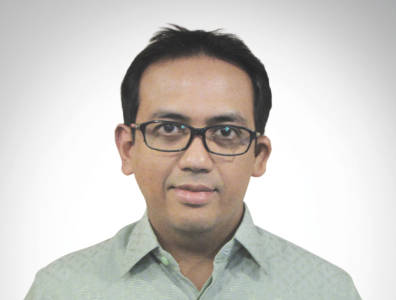 As Indonesia explores increasingly remote areas in the east of the country, several vessels and assets such as crew boats are subject to growing demand from operators and offshore engineering, procurement and construction contractors.

Nova Mugijanto, managing director of Pan Maritime, talks to TOGY about the drivers of Indonesia’s crew boats market and the impact that low oil prices have had on Indonesia’s offshore services providers. Pan Maritime assists upstream operators ConocoPhillips and state-owned Pertamina on offshore projects with its fleet of crew boats.

What are the drivers of Indonesia’s crew boat market?
Indonesia’s crew boat business is growing and remains driven by the offshore exploration and production sector. As Indonesia explores increasingly remote areas in the east of the country, several vessels and assets such as crew boats are subject to growing demand from operators and offshore engineering, procurement and construction contractors. Relying on a crew boat is usually more cost effective than using helicopters for several activities such as workforce transportation and logistical services.
Finally, because the crew boat business has small margins and crew boats are among the most challenging vessels to handle, local companies tend to shy away from that market segment. These factors create niche opportunities for business working in that area.

To what extent have low oil prices impacted Indonesia’s offshore industry?
To understand the current market conditions for offshore players in Indonesia at the moment, one has to look at the impact of the cabotage policies gradually introduced since 2005. By promoting Indonesian-flagged vessels, they have encouraged the expansion of the Indonesian fleet and the burgeoning of several new, local offshore services companies.
Due to the current low oil prices, the demand for offshore services and vessels such as crew boats and offshore supply vessels is suddenly decreasing, while the market has been growing its fleet for the past ten years. For instance, Indonesian companies have cut their exploration programmes by 20-30 percent due to the ongoing slump in oil prices. The chartering business has become increasingly competitive in Indonesia and an estimated 30-40 percent of the Indonesian fleet is standing idle.

How can offshore services companies adapt to the downturn in oil prices?
In the low oil price environment, concentrating on gas-related projects is a more attractive option. In Indonesia, gas reserves are mostly located in the eastern regions, while the consuming areas are in the west. This will increase the demand for vessels and ships able to carry that gas from the producing to the consuming regions.
In addition, as the government tries to boost exploration in remote and deepwater areas such as offshore Papua, faster and more sophisticated vessels will be needed to carry out such exploration, along with the required port infrastructure.
This is also an opportunity for some offshore services players to enter the deep-sea market and move away from the shallow waters where Indonesia has been exploring and producing so far.

How have local content policies benefited Indonesia’s shipbuilding industry?
The Ministry of Energy and Mineral Resources, along with regulator SKK Migas, have increasingly encouraged local content and the use of vessels built in Indonesia for offshore oil and gas projects. Any vessel that an Indonesian shipyard has the capability and capacity to build must be built locally. That trend will move forward.
However, several measures still need to be taken to ensure the success of Indonesia’s shipbuilding sector. Sourcing raw material is one of the key challenges that should be overcome. Aluminium plates for marine projects for instance, which are required for building crew boats, are not available in Indonesia and need to be imported. Due to Indonesia’s poor logistics network, companies rely on importing goods and also suffer from logistical delays at the port.
With the exception of Batam, all Indonesian shipyards are subject to taxes, which is not the case in Singapore. Some tax-waiving measures should be considered to encourage the development of Indonesian shipyards outside Batam.