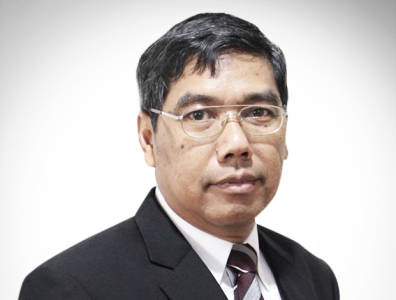 The electricity sector is capital intensive, and because of the government’s and PT PLN’s financing limits, the private sector needs to help develop the country’s electricity infrastructure.

JARMAN Director-General of Electricity Ministry of Energy and Mineral Resources

Share of generation capacity to be developed by IPPs: About 75 percent

Jarman, the Director-General of Electricity for the Ministry of Energy and Mineral Resources, talks to TOGY about Indonesia’s electricity scenario, the role of the private sector in developing electricity infrastructure and government plans for the sector. One of Indonesian President Joko Widodo's most ambitious infrastructure goals is to add 35 GW of power generation capacity and associated infrastructure by 2019.

What is the current supply and demand scenario for Indonesia’s electricity sector?
Around 90 percent of the electricity supply in Indonesia is served by the electric power system under state-owned utility PT PLN. The company has noted a 5.9-percent increase in electricity consumption in 2014. The expected economic growth of 5.7 percent in 2015, to increase to about 8 percent in 2019, will in turn generate an increase in electricity demand of about 8.8 percent over the same period.
To meet that rising electricity demand, the country needs an additional power generation capacity of about 42.7 GW. Power plants with about 7.4 GW of combined generation capacity are under construction, and the remaining 35.5 GW is expected to be added by 2019.
This increase will require an investment of about $72.5 billion, including transmission and distribution infrastructure expenditure. About 30 GW of generation capacity will be added by independent power producers (IPPs). The remaining 5 GW will be added by PT PLN, which will work to complete the transmission system and increase the services it offers.

What role can IPPs play in developing Indonesia’s electricity sector?
IPPs will have an increased role in Indonesia’s electricity system. About 75 percent of the additional electricity supply will come from IPPs in the future, while the remaining 25 percent is to come from PT PLN’s power plants.
To accelerate the role of the private sector, the Ministry of Energy and Mineral Resources put in place regulation 3/2015, giving an “attractive price” for the IPPs and easing the procurement process, especially for the expansion of projects and renewable energy plants. In the past, bidding to build a power plant was based on the electricity tariff, but the key requirement is passing a due diligence test conducted by an independent procurement agent that assesses the financial and technical capabilities of bidders.

To what extent will power wheeling benefit the sector?
Power wheeling allows a company to develop a power plant in an area and use PT PLN’s transmission network to supply the same area. The government has issued regulations related to power wheeling through ministry regulation 1/2015. The regulation aims to increase electricity supply and additional generation capacity through co-operation among industrial users and captive power producers to optimise grid utilisation. Power wheeling will also increase system reliability while boosting Indonesia’s electrification ratio.

What are the government’s plans to increase Indonesia’s power-reserve margin?
To achieve complete reliability from the electricity network, the loss of load probability criterion, which measures generation system reliability, will be fixed at 0.274 percent. This means that the probability of a peak load exceeding the country’s power generation capacity is reduced to a maximum of once per year. Achieving that target will effectively require a power-reserve margin of about 35 percent.