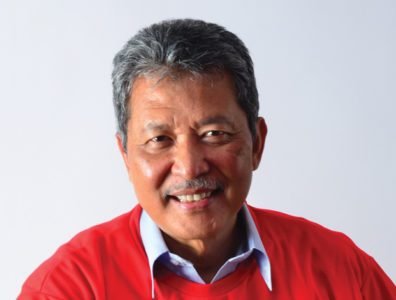 "Changing regulations and eradicating corruption in Indonesia are both part of [the president’s] goal of achieving more transparency. This will radically change the way things are done, but will also cause some friction."

Mustain Sjadzali, the president, director and founder of Citra Panji Manunggal Group, talks to TOGY about the opportunities for investment in Indonesia’s infrastructure sector and changes in to the country’s regulatory framework. The group has ongoing projects to construct pipelines in Indonesia, including work for state-owned Pertamina and exploration and production independent PGN.

How is the government’s approach to energy infrastructure projects affecting opportunities for investment?
President Joko Widodo’s election in July 2014 brought about much optimism due to his dedication to change. Changing regulations and eradicating corruption in Indonesia are both part of his goal of achieving more transparency. This will radically change the way things are done, but will also cause some friction. There will be debate, but we will get through it, and the outlook will be even better in Indonesia.
President Widodo has ambitious plans to invest in and improve local infrastructure, including roads, pipelines, railways, ports, refineries and power generation facilities. There will be challenges, notably due to long-lasting land conflicts. Changes are being made with new laws taking effect, making it easier for the government to acquire land. The time is now to invest in infrastructure projects.

How attractive are public-private partnerships (PPPs) for infrastructure projects?
While the legal basis for PPPs is in place, there is still uncertainty as to how they will be carried out. Despite the government’s proclaimed pro-PPP policy being in place for more than a decade, only a few projects have actually been completed. The major state-owned companies still tend to keep projects internally.
There also needs to be more contractual security established from a banking or financing point of view. Presidential Decree No. 38/2015, which opens more sectors to PPP investment, does not sufficiently address the regulation to make PPP contracts bankable.
For the private sector, obviously it is about a return on investment but more importantly is the enforceability of contracts.

How should the regulatory framework be improved?
The way the government treats PPPs is often inconsistent. The government says it wants and needs PPPs to complete much-needed projects. However, some remain wary of private companies competing for PPPs, as their entrance into the market removes some governmental control over resources. Indonesia needs an open and continuous dialogue, and the government must see PPP players as being useful for the country rather than as being predatory.

Does the tendering process in Indonesia favour local companies? Indonesia’s tendering process has lately shifted away from local companies and is now accommodating more foreign interests. Some government officials suggest local companies do not have the capabilities or expertise to complete projects, which could lead to a delay.
Foreign companies awarded contracts through tenders are obligated to maximise local partnerships through joint operations or subcontracting. The local partnership requirement varies by sector and type of project. Compliance is not always easy, and it also challenging to monitor.

What difficulties do local companies face in entering the offshore? Constructing offshore pipelines is very capital-intensive. Costly equipment such as lay barges is required, which is a barrier that often deters local companies from engaging that segment of the market.  To enter the offshore pipeline market, companies must be regional players, not just country players. Companies must have access to what is happening in Southeast Asia and even in the Middle East to ensure that this specialised, expensive equipment is not standing idle for a project, considering the costly upkeep of floating assets. It is a very different capital structure altogether.