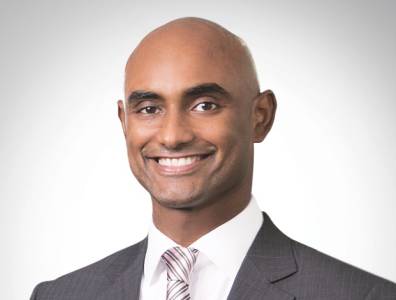 Operating in Iraq is challenging not because of the legal texts, but because of the country’s legal infrastructure. Iraq has suffered from a significant degradation of its legal human capital as a result of 20-30 years of war and sanctions.

International law firm Vinson & Elkins partner Ahmed El Gaili compares the Iraqi legal system to neighbouring countries’, addressing issues associated with red tape and the lack of human capital in the legal system. The law firm is involved in aiding oil and gas companies with a variety of legal tasks, such as entering the Iraqi market, project financing and dispute resolution, among others.

How does the Iraqi legal system compare with that of other countries in the region?
Iraq’s system is not different from elsewhere in the region. The genesis of the Iraqi legal system, as is the case with the UAE, Kuwait and other nearby countries, lies with adaptations of the Egyptian civil code and legal system. This, in turn, has its roots in the traditions of French and Ottoman legal heritage.
Those familiar with the civil law systems of the region should find the Iraqi one to be fairly approachable. That does not mean the system is perfectly developed for highly complex transactions, but it is not less developed than those of neighbouring countries.

While there may not be a major difference in legal systems across the region, doing business in Iraq is much more difficult. How can this difference be explained?
Operating in Iraq is challenging not because of the legal texts, but because of the country’s legal infrastructure. Iraq has suffered from a significant degradation of its legal human capital as a result of 20-30 years of war and sanctions. The lack of training and exposure to international companies and transactions is a shortcoming of the domestic legal infrastructure compared to neighbouring countries.
The laws are also not as accessible as they are elsewhere, even if they are similar, which needs to be addressed. International oil companies and other investors in Iraq find that the main obstacles to doing business derive from poor access to information and red tape.
Iraq’s investment law is an attempt to create a one-stop shop for potential investors, but as a result of capacity constraints, the processing of requests does not always happen as quickly as potential investors would like.
The Iraqi government is aware of the issue of red tape and bureaucracy and views resolving these problems as a priority. From an investors’ point of view, any remedy must address the speed at which payments are processed, development plans are reviewed and projects are started. This will ultimately affect the costs that businesses will incur on a daily basis.
As the Iraqi legal system matures, a greater emphasis must be placed on training and human capital. Fortunately, upgrading and transferring knowledge is becoming part of the contractual architecture of some joint ventures taking place in Iraq, such as the Basrah Gas Company, which is made up of the state-owned South Gas Company, Shell and Japanese global conglomerate Mitsubishi Corporation.

What steps is the government taking to address the difficulty of doing business in Iraq?
One turning point was the formation of a new government in September 2014. The country’s political deadlock was a critical stage, but the relevant parties were able to coalesce and pull back from the brink.
Steps have been taken to address the nation’s political divisions. From a business environment perspective, the signalling from the government has been positive. The government is committed to addressing the political deadlock that has plagued the country. Ultimately, this will pave the way for addressing the security situation, which is the real challenge.
The economics of Iraq are quite compelling. The potential for the country to be a significant economic power in the region is understated. Iraq’s needs are plentiful, but combined with a rich resource endowment, even in a low commodity price environment, it presents an interesting business and economic opportunity for investors willing to address the risks.

How do new realities on the ground affect investment and operations in Iraq?
The arrival of Islamic State militants in the second half of 2014, the changed security situation and the fall in commodity prices translated into a slight shift in the nature of legal work we are processing. We naturally see a lot more litigation cases than transactional work.
A lot of potential investors are taking a wait-and-see approach with Iraq. They remain interested in investing in the market, but are reluctant to commit the capital right away.
The resources available to fund projects are more constrained. Change in the fiscal environment meant that some projects have been put on hold and that others have been completely rescheduled. However, the positive mid- to long-term outlook for Iraq remains unchanged.