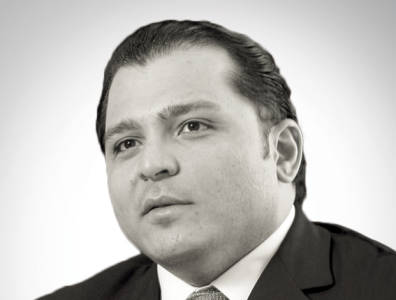 Utilising gas for petrochemicals is a good proposition and a step forward in diversifying Iraq’s exports, which are primarily crude.

Wadié R. Habboush, president and CEO of Habboush Group, talks to TOGY about the approaches Iraq can take to attract more FDI. He also offers his perspective on the regulatory environment in the country. Habboush Group operates throughout the UAE, Turkey and Iraq.

What should the Iraqi government do to facilitate greater inflows of FDI?
The increased threat level in northern and western Iraq over the past year has created a negative perception of the country in the eyes of foreign investors. When it comes to FDI, many have taken a wait-and-see approach.
As the new government has only been in power since September 2014, it would not be fair to expect dramatic changes. However, I do see a more welcoming attitude on the part of the government to FDI.
Paving the way for FDI is not a simple matter of regulatory change. Amending a law and simply allowing the legislation to take effect is not enough. What matters is facilitating FDI through policy administration.
This in turn will enable Iraq to reap the benefits of new or amended laws. While new policies geared towards creating greater transparency and better protection for investors are a good step, they will mean nothing without proper administration.

Are Iraq’s laws regarding investment effective?
The investment law of 2006 was a good start for the country, but at times it conflicts with other existing laws and legislation. Policy administrators must deal with the conflict.
Let us, for the sake of argument, assume the other party is a national company. If that party is unhappy with your plans and views you as a potential competitor or when you have a private-sector project outside their purview, it could take several years to get an investment licence.
In these instances, you need a policy administrator. Investment plans should follow and be guided by the country’s investment law. It should not be a prolonged effort, as patience kills the investor. Money will not sit around and wait for someone to help it find its way into the market.

Where are the major opportunities in the Iraqi hydrocarbons industry in the next five years?
The oil and gas industry in Iraq still has untapped potential, especially in the south. This is probably the safest area in the country, and it is the right place in which to do business.
According to the BP Statistical Review 2015, Iraq has proven gas reserves of 3.6 tcm (127 tcf). On top of that, the Basrah Gas Company, a gas-flaring capture joint venture between the state-owned South Gas Company, Japan’s Mitsubishi Corporation and Shell, will bring a great volume of associated gas on line. Iraq has yet to create an industrial use for gas, and exports are difficult due to the lack of infrastructure.
Even if the resources are fed into power plants in southern Iraq, there will still be enough gas left over for exports. Utilising gas for petrochemicals is a good proposition and a step forward in diversifying Iraq’s exports, which are primarily crude oil at present. With oil prices as low as they are, the country needs a more balanced export portfolio.

What are some of the issues that could stand in the way of tapping these opportunities?
Iraq has witnessed about 30-40 years of deprivation with regards to modern business practices. While the world has moved on and has become accustomed to these ways of doing business, Iraq’s practices have been frozen in time. The country is an outsider because it was cut off from established business methods for so long.
Iraqi companies have not been part of the same evolution that the corporate world has experienced. Fortunately, the transition to becoming a developed country is possible, but this depends on education and training, willpower and dedication to this cause on the part of the government and the private sector.
The more international interaction Iraqis are exposed to, the more they will be able to internalise international business practices.