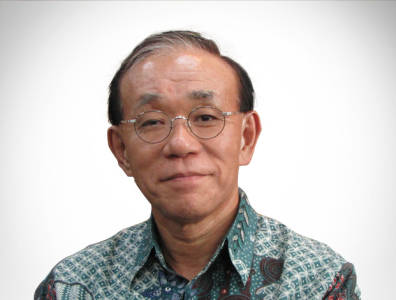 From the perspective of the private sector, Indonesia’s underdeveloped infrastructure creates a serious bottleneck.

Japanese companies that have entered the Indonesian marketMore than 1,700

Japanese investment in Indonesia as of 2013$4.7 billion

Japanese Ambassador to Indonesia Tanizaki Yasuaki talks to TOGY about Japan’s direct investments in Indonesia and his vision on the bilateral relation in the future. As Indonesia taps into its extensive oil and gas resources, Japan, its top foreign investor, is contributing to upstream developments as well as downstream infrastructure and construction projects.

How have Japanese companies contributed to Indonesia’s energy industry?

Inpex entered into its first production-sharing contract with the Indonesian government for the Mahakam project in 1966, developing the offshore project in collaboration with Total. In 1998, the project was extended with Inpex and Total sharing interest in the project equally. Even though Pertamina takes over the controlling interest in 2018, the Japanese company will continue to play an important role in these large, technology-driven projects.

What is the future of bilateral relations between Indonesia and Japan, particularly in the energy industry?

We will strive to make a contribution to the upstream sector, such as in the Masela offshore project, which is a huge potential project with high advanced technology by utilising the large-sized floating LNG ship for the first time in Indonesia. As well as upstream developments, Indonesia will improve the downstream industry by making use of its own natural resources.

Japan supports these efforts in LNG as well as the improvement of refinery facilities, on the basis of the business collaboration. In order to realize the 35-GW power plant mega-projects, Japan is prepared to co-operate in introducing high-efficiency Ultra Super Critical coal-fired power plants and combined-cycle gas-fired power plants. In this sense, Japanese technology, human resources and expertise can be used to further contribute to Indonesia’s development.

What makes Indonesia an attractive place for Japanese companies looking to invest?

For more than 50 years Indonesia has been one of the most important countries to Japan not only geographically but also economically. Investment in Indonesia has steadily increased, reaching $4.7 billion in 2013, the biggest investment by country for Indonesia in the year. In the first quarter of 2015, our investment had already reached $1.6 billion.

These companies sell products to the huge domestic market in Indonesia as well as export products made there. I am sure that Japan will develop further together with Indonesia by strengthening Indonesian manufacturing capabilities.

How will Japan contribute to Indonesia’s infrastructure development?

It is important to develop infrastructure for Indonesia to promote exports and increase investment. The capacity of the ports used for exports is insufficient and waiting time for cargo is too long. Factories are facing difficulties in unstable electricity supply. From the perspective of the private sector, Indonesia’s underdeveloped infrastructure creates a serious bottleneck.

Japan is seriously committed to expanding infrastructure in Indonesia. Japanese Prime Minister Shinzo Abe and Indonesian President Joko Widodo struck an agreement in March 2015 to support Indonesia’s maritime development. In this summit meeting, we agreed to set up a new framework called the PROMOSI: Japan-Indonesia Investment and Export Promotion Initiative to promote infrastructure development on the island of Java and in other regions.