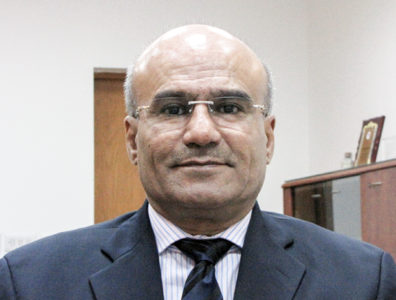 "As the price of oil fluctuates, planning a refinery on profitability alone has become very difficult."

A catalyst for cleaner fuels

Hasan Qabazard, CEO of Kuwait Catalyst, talks to TOGY about the effect of environmental regulations on the catalyst market and how worldwide trends are affecting the domestic industry. A local provider of hydrotreating and hydrocracking catalysts for the regional refining industry since 1996, Kuwait Catalyst has an annual production capacity of 5,000 tonnes.

What are the demand trends in the world catalyst market?
As environmental requirements on fuels become more and more stringent, hydrotreating catalysts are becoming one of the fastest-growing types of catalysts in the market instead of petrochemicals catalyst or “cracking” catalyst. Alongside programmes in Europe that have been reducing the amount of sulphur allowed in kerosene or petrol, China and several other Asian countries including Indonesia, Vietnam and Thailand have also started doing the same.
Continuous reduction of sulphur content in diesel has resulted in a higher price compared to petrol. In 1996, the European Union’s sulphur standard for diesel started at 500 parts per million (ppm), but then reduced it to 150 ppm in 2000. This was reduced again to less than 100 ppm in 2005 and 2009 to 50 ppm and 10 ppm, respectively.
Because of this, diesel is now more expensive at the pump than regular petrol, whereas it was much cheaper. The processing to bring sulphur down to 10 ppm, or any level less than 15 ppm, drives up the price.
As a result of increasingly strict environmental regulations in eastern and southeastern Europe, more hydrotreating will be needed to remove the sulphur and more hydrotreating plants will be constructed.

How is Kuwait meeting this change in demand?
In accordance with these new rules, Kuwait has four atmospheric residue desulphurisation units at the Mina al Ahmadi refinery and two atmospheric residue desulphurisation units in Mina al Abdullah, each with a rough capacity of around 45,000-50,000 bpd and a total atmospheric hydrotreating capacity of more than 250,000 bpd. Once the Clean Fuels Project and Al-Zour Refineries are completed and commissioned, more hydrotreating capacity will come online.

How have fluctuating oil prices affected the construction and profitability of new refineries?
The construction of new refineries in the Gulf region has the objective to be an outlet for regional crude oil. As the price of oil continues to fluctuate, planning a refinery on profitability alone has become very difficult. Integrating these structures with petrochemicals units has become common to increase the profitability of these facilities.
High oil prices mean that refining facilities are more profitable. For example, refineries were economically viable after 2006, when the price of oil rose. When the price of oil collapsed during 2014 and 2015, the margins went from $6 to less than $1 per barrel, sometimes venturing into negative figures. Therefore, a smart way to go is to integrate refineries with petrochemicals complexes. This enables the sales of value-added petrochemicals to make up for any loss in oil refining margins.

What is the biggest market factor for the catalysts industry in Kuwait and the region?
As the refining industry in Kuwait and the Gulf continue to expand, and as more catalytic process units come on stream, the use of catalysts will grow. It is estimated that between now and 2018, the use of atmospheric residue desulphurisation catalysts in Kuwait will grow from about 4,000 tonnes to more than 9,000 tonnes per year. Catalyst demand for other processing units such as hydrocracking is also expected to grow rapidly.

For more news and features from Kuwait, click here.