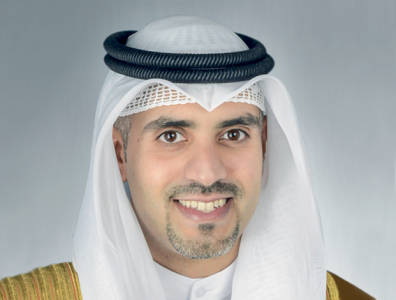 The country has two main challenges when it comes to attracting foreign investment. One pertains to the availability of land, and the other is the lengthy cycle of administrative procedures.

Number of projects under the 2015-2020 National Development Plan30

Meshaal Jaber Al Ahmad Al Sabah, the director general of Kuwait Direct Investment Promotion Authority (KDIPA) talks to TOGY about the country's investment regulatory structure, new market entries and obstacles to foreign spending in the Gulf nation. The institution is mandated with attracting investment sourced domestically and from abroad to add value to the domestic economy.

What is the greatest challenge in attracting foreign investment into Kuwait?
The country has two main challenges when it comes to attracting foreign investment. One pertains to the availability of land, and the other is the lengthy cycle of administrative procedures. As a governmental institution, we are turning these challenges into potential opportunities that will make Kuwait attractive to investors.
Three economic zones are under development and will be available for interested investors in a broad range of sectors. In accordance with the stipulations of Law No. 116 of 2013, we are going to establish a full service institution that will help reduce licensing time to a period of 30 days. The intended one-stop shop will be a national effort in full co-ordination with the Ministry of Commerce and Industry, the National Fund and other relevant government entities.
Furthermore, KDIPA leads the national effort to streamline the business environment in the country by heading the Permanent Committee established for this purpose in December 2013.

What changes have been implemented regarding Kuwait’s investment regulatory structure over the past year?
The country has adopted a modern and more accommodating investment law, known as the Direct Investment Promotion Law, in June 2013. This new law replaced its decade-old predecessor, FDI Law No. 8 of 2001.
This development was accompanied by the advent of a host of other new economic laws, such as the public-private partnership law, the anti-corruption law and the e-transactions law, as well as additional changes to subsequent amendments of various decades-old laws affecting corporate taxes and commercial licensing. The oil and gas industry, which is the leading sector in the economy, had benefited from these reforms particularly in the downstream industries and related services.
Over the past year, these advances, along with the creation of several specialised government regulatory and administrative entities, only further consolidate the legal foundations in our country and support the ultimate objective of diversifying our economy. One observable example of this is the completion of phase one of the country’s first public-private partnership project, Az Zour North Integrated Water and Power Producer Project.
These reforms will ensure that Kuwait is closely following in the footsteps of modern laws and structures. We want to secure a more favourable business climate, for both local and foreign investors, which will facilitate transactions in every aspect, regardless of sector.

How have these regulatory reforms manifested themselves in the market?
In the first half of 2015, Kuwait’s blossoming technology sector received $1.2 billion of total investments due to the incentives inherent to the new investment regulatory structure.
Companies throughout the value chain, including oil- and gas-related services firms, the information and communications technology and energy sectors, have all benefited from these guarantees that will help enhance the commercial presence of the high-tech industry in Kuwait as one of its key growth markets.