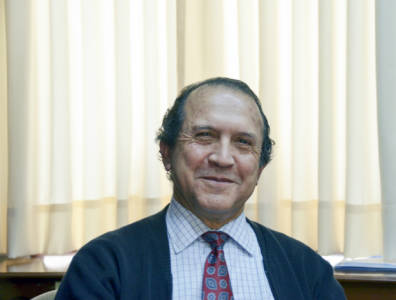 Peru has among the lowest prices for electricity in the region, and this means many energy efficiency projects are not profitable.

Low Peruvian energy prices: Too much of a good thing

The director of Peru’s Center for Conservation of Energy and the Environment (Cenergia), Jorge Aguinaga, speaks to TOGY about efforts to increase energy efficiency in the country. Cenergia is a non-profit organisation founded in 1985 to act as a consultancy to both the public and private sectors, advising on energy efficiency, environmental impact and renewable energy resources.

What are the main challenges of promoting energy efficiency in Peru?

There is a regulatory framework for energy efficiency. Law No. 27345 for the Promotion of Efficient Use of Energy was enacted in 2000 and its attached regulation in the year 2007. At the institutional level by Supreme Decree 026-2010-EM from 2010, the Energy Efficiency Directorate was established as part of the Ministry of Energy and Mines. A review of the regulatory framework might be necessary given how little has been achieved since its implementation. This could involve various aspects such as stakeholder engagement, technological innovation and greater dissemination of educational activities, among others.

How do you assess the new $50-billion National Energy Plan for 2014-2025? Will it promote energy efficiency?

It outlines the main points needed to do so. The energy plan that was introduced on November 18, 2014, makes efficiency paramount, ensures the electric supply, increases infrastructure in gas distribution and intensifies oil exploration. However, it should be more specific.

In regards to climate change, the electricity supply should be more renewable. Prior to the start of production at the Camisea field in 2005, electricity-generation capacity reached 80 percent hydroelectric and 20 percent natural gas. Now that there has been an influx of cheap gas, hydroelectric power has been somewhat displaced by natural gas, which has risen to make up 40 percent of capacity.

This is still beneficial, because thanks to gas, Peru is not using liquid fuels. Gas has displaced the hydroelectric because the hydro projects were not yet prepared to cover growing demand.

As gas has become available south of Lima, this has allowed energy development through the installation of gas power plants, initially open cycle, later on combined cycle. This has enabled Peru’s government to cover the demand for electricity almost entirely with gas.

It has been a blessing to have gas. It is being used in the areas of transport, industry, residential and petrochemicals. However, in the future, Peru should restrict the use of gas in electricity generation and use more hydroelectric and renewable energy sources. The government has a goal of promoting the use of renewable energy resources to meet up to 5 percent of the national demand.

If the GDP grows rapidly, what will be the effects on the economy and environment if the country’s growing energy demand is met with gas?

Peru’s energy demand is among the lowest globally, and it will grow. The infrastructure supporting the economy has to be electrified, so the demand for electricity will grow, but in a sustainable way. The country has hydroelectric, solar, wind and geothermal energy, so it should not rely too much on gas in the future.

What energy sources, specifically among renewables, can Peru rely on in the future?

The study project Planning for Climate Change, a co-operative venture driven by the Peruvian government, has as its main objective the building of technical and scientific bases and capabilities to explore the feasibility of a clean or low-carbon development approach. It also aims to incorporate climate change into national development planning.

The study looked at different mitigation options in the energy, agricultural and waste-disposal sectors. By 2050, we suggest increasing renewable resources to 15-16 percent of Peru’s future energy demand, estimated at 40 GW. We expect to rely mainly on wind and solar. There is also potential for geothermal projects, but these require digging and are therefore more costly, albeit permanent.

The plan also includes a set of mitigation measures in order to address demand. These relate to improvements in lighting, power, cogeneration, the introduction of a labelling scheme and large-scale audit programmes and increased use of water heaters with solar energy, among others.