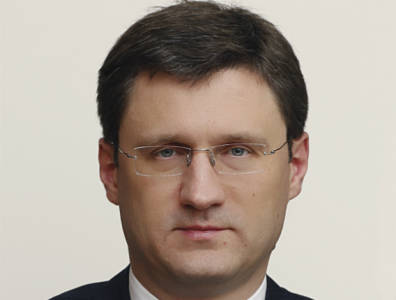 We have to be careful not to create unfair competition in markets where Russian companies already have a share, such as Europe.

Increase in extraction expected due to new legislation14.6 billion barrels

Russia has recently cut taxes on tight hydrocarbons and sought to improve economic conditions for offshore exploration and oil and gas exporters. Alexander Novak was appointed minister of energy of Russia in May 2012. In this interview, he explains the thinking behind Russia’s latest efforts to stimulate the market. The Russian Ministry of Energy was established in 2008 and is responsible for the development of country’s energy policy.

What measures has the government taken to create more opportunities for foreign investment and stimulate production from new oilfields?

Our priorities include the active development of extraction technology for hard-to-recover oil and gas reserves, technologies of gas liquefaction and increase of the depth of hydrocarbons processing.

The government is actively working on improvement of the regulatory and legal framework. In 2013, we adopted a law on the tax regime for offshore projects that regulates a special procedure to calculate mineral extraction tax on the basis of the extracted reserves in the new raw hydrocarbons offshore fields. Aside from that, there will be further benefits on transport taxation and the corporate property tax, as well as tariff preferences by way of relief from Customs duty for specific categories of goods exported from the Russian Federation and produced during the development of new offshore fields.

How does Russia aim to maintain production from its mature oilfields?

To stimulate the production of hard-to-recover reserves, President Vladimir Putin signed Federal Law No. 213 to lower the tax on natural resources production rates applied for hard-to-recover oil reserves on July 23, 2013. The tax varies depending on the reservoirs’ permeability category, degree of depletion and the size of the oil-bearing formation. This law is a very important step for the development of new low-permeability deposits and also to keep up the level of production in mature oilfields located in already explored areas such as western Siberia. The rest of the world is currently developing hard-to-recover oil quite actively. The current share of tight oil in Russia’s total oil production is only 0.2 percent. The new legislation is expected to allow Russian companies to extract about 14.6 billion barrels of additional oil, mainly from the Tyumen and Bazhenov formations.

Russia plans to produce 40 million-50 million tonnes of LNG by 2020. How is the ministry prioritising its talks on Russian LNG exports?

We do not have oversight or co-ordination over companies that will have the right to export gas. As for new markets, in the near term, we can see that the use of LNG is increasing in Russia as it is elsewhere in the world. We have to be careful not to create unfair competition in markets where Russian companies already have a share, such as Europe. We are moving towards new markets such as the Asia-Pacific region.

The Federal Antimonopoly Service, the executive branch charged with upholding antitrust laws, favours maximum liberalisation of Russian LNG exports, but we believe that it is better to proceed more cautiously and build projects that have already been approved, such as the Novatek-led Yamal LNG project, which is expected to come on stream in 2016. The liberalisation of LNG exports has been co-ordinated and agreed upon by the Council of Ministers, and it is scheduled to go into force in January 2014.

The government approved the draft of the bill on October 30, 2013, and it must still pass through the State Duma. The amendments to the existing law require LNG export rights to be granted to all companies that are more than 50 percent state-owned and possess licences to develop offshore blocks, including in the Black and Azov seas, as well as in territorial and internal waters. The law also says LNG export rights may be extended to state subsidiaries in which state companies hold more than a 50-percent interest and that produce LNG.

What are the government’s priorities concerning the development of Russia’s petrochemicals industry?

We expect that by 2020, global petrochemicals production and consumption will have increased, by 65 million tonnes and 50 million tonnes respectively. This will intensify the competition in the only under-served market in the world, the Asia-Pacific region. Russian companies are set to compete with US and Middle Eastern companies to boost market share in that region.

To increase the competitiveness of the Russian petrochemicals industry, in February 2012, the Ministry of Energy approved a strategy for the development of the sector until 2030. In accordance with this plan, the share of the petroleum-based and gas-based feedstock refined by petrochemicals producers will almost double from current rates to reach 57 percent by 2030. This programme will add around $31 billion per year to Russia’s GDP, generate a $220-million increase in yearly tax returns and create 80,000 new jobs in petrochemicals production and related industry sectors.