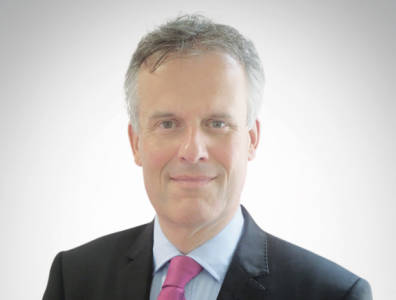 Potential does exist in Angola, but reaching that potential requires the means to maintain a sustainable business strategy over the long run.

Estimated BP investment over the next decade$15 billion

Increase of UK exports to Angola in 2012154 percent

UK Ambassador to Angola John Dennis talks with TOGY about the future of the UK’s commitment to the country. In 2013 the Angolan and UK governments signed the High Level Prosperity Partnership to foster economic collaboration between the two countries. The oil and gas sector has been the key driver of the British presence in the country. However, plunging oil prices are boosting existing collaboration in sectors such as agriculture and mining.

What is the status of the diplomatic relations between the UK and Angola?
Our collaboration is now stronger than ever. Since 2013, the UK Embassy has deployed major efforts towards the development of the High Level Prosperity Partnership with the Angolan government. This initiative aims to strengthen the economic co-operation between the two countries. Key UK government departments involved in trade and development, such as the Foreign and Commonwealth Office (FCO), and UK Trade and Investment (UKTI) are jointly identifying opportunities to increase trade and investment.
One year prior to the launch of the High Level Prosperity Partnership, the UK’s exports to Angola increased by 154 percent, making Angola the UK’s fourth-largest export market in Africa. The UK ranks among the top three international investors in Angola. Hydrocarbons have been the main sector driving trade collaboration between the two countries. Given the longstanding successful presence of BP in Angola, hydrocarbons extraction and production remain the UK’s core area of investment in the country. To date, the oil super-major has invested more than $25 billion in Angola and is planning to invest an additional $15 billion over the next decade. But there is now a plethora of other areas of focus and activity, including education, agriculture, renewable energy and urban planning. The UK has detailed expertise that matches very closely Angola’s diversification plans, and we can make a powerful contribution to that process.

How do you see the entrance of UK companies in the Angolan oil and gas industry over the short term?
Given the current low price scenario, the Angolan oil and gas market is not as attractive as it was one and a half years ago. Companies are now trying to capitalise on past investments and to consolidate market share. BP still has a number of interests in Angola and intends to make the country one of its major oil and gas centres for the future.
Potential does exist in Angola, but reaching that potential requires the means to maintain a sustainable business strategy over the long run. Scotland-headquartered oil and gas services company Wood Group is strengthening its presence in the local hydrocarbons industry. The power generation company Aggreko is also actively filling up the infrastructure gaps of Angola.
Looking ahead, it is likely that the UK’s oil and gas companies will concentrate primarily in the services sector, providing high-level technical knowledge. In the fourth quarter of 2015, the UK expects two trade missions both of which have a substantial oil and gas component and both of which are well subscribed from the UK end.
The UK economy is currently doing well and as a result, people are actively looking for new business opportunities overseas. Angola has a high profile and good reputation. The UK’s Engineering Industry Council is bringing a delegation of 12 companies specialising in the hydrocarbons industry.
Shortly to be launched is a new UK-Angola Chamber of Commerce. These trade efforts are coupled with greater financial interests. Acting as a financial services centre for the entire world, the UK is a pioneer of numerous financing schemes. The Lord Mayor of the City of London will be making an official visit to Angola in January 2016. His position as the head of the Corporation of London makes him the international spokesman for London as a financial services centre. He will bring with him a powerful delegation.

How can British companies contribute to the overall development of the Angolan economy?
Given the plunging oil prices, the Angolan government is currently looking into diversifying its economy and reducing the GDP’s dependence on oil revenues. UK companies can bring much-needed expertise to sectors poised to be the second and third pillars of the Angolan economy: agriculture and mining. Angola’s potential can easily fit British companies’ interests. The opportunities are enormous. However, the oil and gas industry definitely remains the major focus for the years to come.