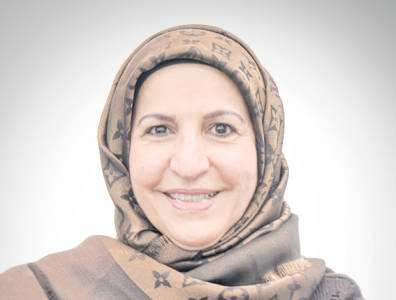 Water- and steam-flooding technologies will be the most helpful in enhancing the production and recovery of conventional and heavy crude oil.

Amount of water used for injection by KOC and KGOC: about 477 million litres

Meena Marafi, the executive director of the Petroleum Research Centre, talks to TOGY about the innovations in enhanced oil recovery and catalyst blending in oil refining. The centre at the Kuwait Institute for Scientific Research is helping the country’s expansion efforts by discovering new methods and technologies for oil production, refining, corrosion prevention and petrochemicals.

How have oil and gas projects progressed under the 2015-2020 National Development Plan compared to the previous plan?
The tenders awarded in 2014 and the upstream expansion plan progress have been the greatest achievements not only in the size of the investments, which are more than $80 billion, but also in overcoming the bottleneck of political issues that had been hindering these projects in previous plans for development. This is good news not only for the exploration of crude oil, but also for the refining and petrochemicals sectors. Construction is beginning on some ongoing projects, while other projects have been finalised, most notably aromatics. The Clean Fuels Project, Kuwait National Petroleum Company’s new refinery will have a petrochemicals plant for the production of aromatics and polyolefins, which makes it a fully integrated facility.

What technologies are helping Kuwait reach the 2020 goal of expanded capacity?
Water- and steam-flooding technologies will be the most helpful in enhancing the production and recovery of conventional and heavy crude oil. We are also experimenting with certain non-conventional technologies to see if they are feasible and can be properly utilised here in Kuwait. Some of the technologies we are trying to assess deal with the introduction of various chemicals, such as polymers, that are known to aid in enhanced oil recovery.
Other countries, such as China, have taken a chemical approach to enhanced oil recovery, and while that approach has matured there, it may not be suitable for Kuwait, so we have to investigate such technologies and whether they are feasible in Kuwaiti reservoirs or not.
Carbon dioxide injection and sequestration has its advantages and disadvantages in certain aspects, and we are also trying to look into utilisation of ethylene surfactant in polymers in a saline medium because we do not have enough water for use in injection. Every time KOC and KGOC need to do this, it involves a huge amount of water, about 477 million litres. The possibility of doing this directly with seawater needs to first be studied and assessed.
For instance, 7,200 barrels of steam equivalent (1.14 million litres) on average are injected into the Wafra oilfield on a daily basis to produce around 250-300 barrels of oil per day, and this is expected to increase in the future.

What are some of the challenges faced when developing downstream technology?
The entire oil and gas industry has the challenge of minimising the effect of emissions coming from refineries, as well as properly handling the wastewater coming from injection and re-injection for in-house production.
With respect to refining, catalysts that can be used to make different petrochemicals are at the heart of the industry. Tackling the introduction of the new heavy oil feedstock in catalyst blending necessitates studying its effects as it will be sour and include high concentrations of sulphur, metal and carbonaceous material.
Production of naphtha, kerosene and petrol might all be affected, so the effect it has on the catalyst must be assessed, as well as the process and percentage of these different contents. Studies are underway with respect to blending some of these different types of crude oil to assess the effects of the catalyst’s performance on the process itself, as well as the pressure conditions. In developing these new catalysts, we must also consider the residue that will come from this heavier feedstock.
In 2014, we developed a catalyst that can be used to reduce the sulphur content of diesel. More than 60 percent of the diesel Kuwait produces is exported, mainly to Europe and Asia. In Europe, the diesel has to meet the Euro 5 standard, otherwise we cannot market it there.