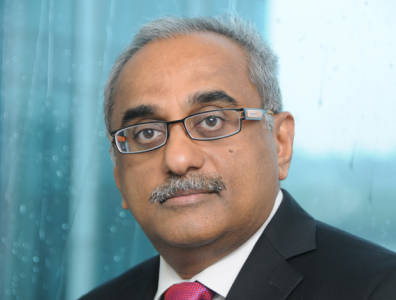 The uncertainty around the regulatory environment has affected investment in exploration and production in the last few years.

Out of reach: $1 trillion of gas is stranded by regulatory uncertainty in India

What can India’s upstream sector offer to international oil companies?

India’s growth aspirations are inextricably linked to the availability of energy. To meet the energy needs of 1.2 billion people is a tremendous challenge. With total energy imports accounting for 40 percent of the total supply, India’s net energy import bill puts an enormous amount of pressure on the economy. Reducing the country’s dependence on imports and growing domestic energy production will be a key parameter in the new government’s success.

India’s energy consumption is rising faster than any other nation’s. India needs to choose its options and align its energy mix wisely. It has options in coal, oil, gas, renewables and nuclear energy. Oil and gas will need to continue to play a pivotal role in the energy mix for India.

Most authoritative sources – the US Energy Information Administration, India’s Directorate General of Hydrocarbons and the US-based IHS Cambridge Energy Research Associates – point out that even by conservative estimates, India potentially has around 2.83 tcm (100 tcf) of gas domestically that can be produced if it can get its policies aligned with the original intent of the New Exploration Licensing Policy. This represents $1 trillion with regards to avoided LNG imports. The advantages for India are too large to ignore.

We have seen promising indications from the new government in laying down the direction for the future. However, transforming the energy industry in India will need a revolutionary approach. The general consensus is that this cannot be delayed any further.

What are the steps taken to deal with the geological challenges associated with the development of the KG-D6 block?

As the complexity of the reservoir based on production data has been recognised, precautions to manage it and mitigate the decline of the KG-D6 block have been undertaken since 2012. Investments will be required on an ongoing basis to manage the decline, enhance production and ensure optimal recovery.

A range of activities have been taken at the D1-D3 gasfields to enhance production such as onshore booster compression, work-overs and side-track wells. In the D26 field, two new wells, MA8H and MA6H side track, have been put on production in 2014 and another side track well will be drilled in 2015.

How can the domestic oil and gas industry in India be encouraged?

Upstream activities in India should concentrate on four key areas. The first is enhanced oil recovery because even a 1 percent increase in reservoir recovery can add almost 8 percent to the existing proven reserves of India – about 450 million barrels of oil in additional reserves. The same goes with regards to how we can extract gas from tighter and difficult reservoirs.

Secondly, an exploration imperative for India is deepwater and ultra-deepwater. In addition to exploring new areas, there are immediate opportunities to develop the already discovered reserves to almost double India’s gas production by 2019, replacing imported gas worth more than $100 billion.

Unconventional resources is a third critical zone where shale gas and tight oil are the two frontier areas. The growth of several successful hydrocarbons provinces in countries such as Angola, Azerbaijan, Trinidad and Tobago has resulted from partnerships.

About BP Group of Companies in India in India: Together with partner Reliance Industries, BP has undertaken a number of steps to sustain production and improve recovery from the two existing fields of the KG-D6 block in the country’s east coast. The joint venture partners also have between 85 bcm (3 tcf) and 113 bcm (4 tcf) of gas discoveries in new fields they are working to develop.

Click here for more news and features from India