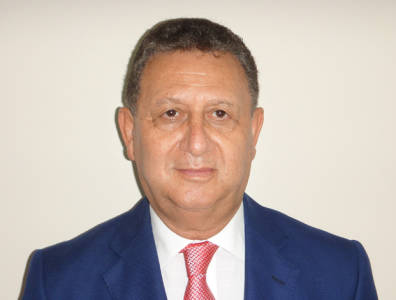 "International oil companies are suffering more than other companies in the market. Imported equipment related to oil production is tax exempt, but is left at ports for months without clearance."

Salwan Yousif, chairman and CEO of UAE-headquartered Inter Group, talks to TOGY about the appeal of Iraq’s oil and gas industry, despite the inherent obstacles businesses face in the market. Inter Group offers oil and gas equipment and services, and is active in power and water projects, logistics and general trading.

How do these obstacles affect the international oil companies in the market?
International oil companies are suffering more than other companies in the market. Imported equipment related to oil production is tax exempt, but is left at ports for months without clearance due to a cumbersome bureaucracy and corruption.
Hindering performance and increasing the cost to business kills the business. The country is also losing production, and that is where the money comes from. The share of oil in public revenues in the country is 98 percent. The situation affects the income of Iraq, its reputation and its business climate.

What can the government do to improve the business climate in Iraq?
In order to solve Iraq’s problems, you have to link the various rings in order to make a functioning chain. The government has to tackle a number of things.
Contractors dealing with the national oil companies suffer from bureaucracy at these entities, which delays the execution of contracts. Other difficulties are the red tape and corruption at the ports and Customs. It has to be made easier for traders and businesses to import goods. To be sure, there have to be standards for the products that have to be imported, but why do I need a separate import licence for each individual item? This is an avenue for corruption.
The other links on the chain to tackle are the ports and the airports, where cargo handling needs to be made easier. Another problem is capacity. The ports cannot handle enough vessels, which causes delays. This in turn affects traders and importers.
Lastly, when dealing with the government, you realise that their staff is not equipped for their jobs due to a lack of training. This is a problem, as the government for many companies is their main client. The qualified people are retired or have left the country.

How would you characterise working with the national oil companies?
We have signed contracts with national oil companies in 2014, but they have not been able to hand us the letter of credit. With regards to payments due, there is often a delay.
Payments are often delayed by as much as a year and a half. This affects us because are not immediately recuperated for the equipment purchased from suppliers and delivered to the client. This situation is disastrous for companies such as distributors and a lot of firms will go out of business.

What is the appeal of the Iraqi market for an oil and gas services company?
When a newcomer looks at this market, they see hell. We see a second-class paradise. If you want to work in Iraq you either accept its problems as part of doing business or leave the market.
The business parameters are at times unacceptable, but can be adjusted to suit the line of work. While we know we will face the same problems on each project, at least we are prepared.
While there is a lot of competition in Iraq, there is still enough room to manoeuvre. A lot of manufacturers don’t want to touch the market because of a lack of security, bureaucracy and delays in payments.