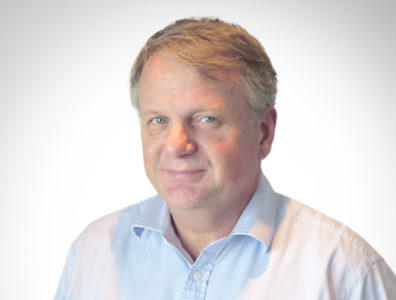 We revised our existing offshore and onshore portfolio and structures in light of the depressed oil price environment. As such, we’ve installed additional production platforms at some of our offshore fields, including one tripod platform at the Loche field and two monopod platforms at the Turnix and Limande fields.

Perenco Gabon general manager Denis Clerc-Renaud talks to TOGY about the company’s ongoing works in the Gabonese hydrocarbons market including the 2014 oil reservoir discovery at the Nziembou licence and the installation of the MOPU-B asset at the Tchatamba field. Perenco Gabon has conducted E&P operations in Gabon since being established in 1992.

What have been the main developments for Perenco Gabon in 2015?
In 2015, we produced an average of 72,000 bopd and 50 mcf (1.42 mcm) of natural gas per day to supply Libreville and Port-Gentil’s power plants, which feed the national electricity grid. In 2014 and 2015, we have continued to invest in drilling, with 40 wells onshore and offshore and one deepwater-exploration well in 1,000 metres of water. We also carried out 3D-seismic acquisition at the Arouwe block and are currently analysing the seismic results with our partners.
In 2014, Perenco discovered an oil reservoir in the Nziembou licence, located in the Ngounié Province. The reservoir was estimated to contain enough hydrocarbons to justify further surveys and tests. In 2015, the discovery well was connected to a production system for a long-term test. At the end of this test we will define a future strategy together with our partners.
Apart from that, we revised our existing offshore and onshore portfolio and structures in light of the depressed oil price environment. As such, we’ve installed additional production platforms at some of our offshore fields, including one tripod platform at the Loche field and two monopod platforms at the Turnix and Limande fields.
These new platforms are supporting the new infill production wells drilled at these fields. The wells are capable of connecting safely to the new platforms thereby keeping the fields economically viable against the background of low oil prices.

What can be expected in 2016?
In Q1 2016, we produced on average 70,000 bopd and an average of 54 mcf (1.53 mcm) of natural gas per day, which is contributing the gas-to-electricity higher demand in Gabon.
In 2016 we are not planning to drill any additional wells due to the global oil crisis. Rather we will concentrate more on well maintenance and workovers in order to maintain high-efficiency levels at our existing infrastructure. As such, we’ll be performing around 60 well workovers in 2016, 50 onshore and 10 offshore, with the objective of optimising productivity and reliability.
This year we will also install a second mobile offshore production unit, the MOPU-B, at our Tchatamba field, located around 100 miles [161 km] southeast of Port-Gentil. The infrastructure is next to the existing MOPU-A which has been operational since 1998. The construction of this second platform project began in March 2016 and is expected to be completed and installed at the Tchatamba Complex in December 2016.
This platform will be assembled in Port-Gentil involving numerous local workers. This additional platform is an important evolution for our operations at the Tchatamba Complex because it will allow us to optimise the production process and increase our annual production by increasing the wells efficiency.
The platform will possess an additional 5-MW power generator and a second water treatment station that will allow enhanced production capabilities.

Perenco recently replaced the Banio FSO at its Lucina and M’bya fields and constructed a 50-km offshore pipeline between the Oba field to the FPSO Fernan Vaz. What the latest regarding these developments?
Indeed, the FSO Mayumba replaced the FSO Banio because the latter was at the end of its lifecycle. The FSO Mayumba is a tanker that was converted into a FSO after it was dry docked and refurbished. We installed new machinery for oil storage, tank coating, a mooring system and a helideck.
The oil is treated at the offshore platform and is immediately flowed as dry crude to the vessel, where it is stored and then exported. The FSO Mayumba has been operational since July 2014 and has been working safely since that time, storing up to 400,000 barrels of oil, which is a similar storage volume to the FSO Banio.
Perenco also operates the Fernan Vaz FSO, moored at the Oguendjo field, closer to Port-Gentil. The vessel has storage capabilities of around 2 million barrels and a heavy-export buy system that allows the Oguendjo blend to be more easily exported to the.
Today, Perenco operates a pipeline network spanning 2,000 km in Gabon, including a new 50 km pipeline that has been operational since early 2015. This is a great evolution for Perenco as it allows us to more easily transport crude oil from nearby fields, such as the Tchatamba Complex to the Oguendjo oil terminal.
This line allows us to stabilise the quality at the terminal, and ultimately improves the marketability of the Oguendjo-blend grade to the Far East hydrocarbons market.

What is Perenco’s long-term strategy in Gabon?
Perenco, since its very early days as an operator in Gabon, has been working to maximise and extend production at mature fields and to make marginal discoveries economical. The company has invested in gas to supply and sustain electricity projects in Gabon and is continuing to support these developments. Perenco’s gas-supply line and infrastructure for the new Port-Gentil gas-fired power plant are evidence of the company’s support.
Perenco is confident that the government of Gabon will continue to utilise our capabilities allowing both the company and the nation to thrive while mutually developing skills for the future.