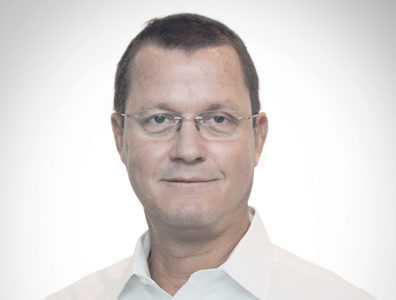 "The GSP will provide much-needed opportunities for the development of the southern areas, which are some of the poorest in the country."

Proportion of Peru's energy produced by gas industryMore than 50 percent

Jorge Barata, executive director of Odebrecht Latinvest, talks to TOGY about Peru’s future infrastructure upgrades and the importance of the Southern Peru Gas Pipeline (GSP) for the country’s future. Odebrecht Latinvest is a subsidiary of Brazilian conglomerate Odebrecht, which has been involved in several major construction projects in Peru and holds a majority interest in the GSP.

What can the government do to promote the growth of Peru’s hydrocarbons industry?
If the government takes the initiative to provide the necessary infrastructure, such as pipelines, it will allow for more exploration and growth.
This will instill both foreign and domestic companies with a greater trust in the state, and they will intensify investments in exploration, resulting in new discoveries of hydrocarbons reserves. Companies will have the certainty that once they locate reserves, they will be able to transport and trade the gas or oil efficiently, instead of having to wait several years for a pipeline to be built.
Promoting the local oil and gas industry’s development has been fundamental to economic growth. Over the past decade, the country has grown at a very rapid pace and a significant part of this growth has been the direct result of using gas feedstock for power generation, with more than 50 percent of electricity produced by the gas industry.
The pipeline is now viewed as the promoter of the petrochemicals sector and regional development in the south. The GSP will open a window allowing the country to take a big leap in increasing gas reserves and production.

How will the GSP benefit the country?
The advantage for Peru is the decentralisation of energy generation and the creation of opportunities for people living in southern areas.
The project creates the possibility of a location shift for the petrochemicals sector – centred along South America’s east coast – by producing polyethylene and polypropylene on Peru’s southwestern coast.
This pipeline will transform the region. The GSP will provide much-needed opportunities for the development of the southern areas, which are some of the poorest in the country. The northern region of the country has an established industrial sector. The pipeline project will provide more equilibrium in the Peruvian market and halt the centralisation that is occurring around Lima.
The local oil and gas industry has been progressing and is consolidating itself as a stronger part of Peru’s economy. The industry had a huge boost in gas production from the Camisea project and will be encouraged to further expand with the GSP.

How will the Interoceanic Highway linking Brazil and Peru impact the local industry?
The Interoceanic Highway will allow for greater access to oil and gasfields in the rainforest and promote integration with Brazil. Despite a shared 3,000-kilometre border, Peru and Brazil lacked a ground transportation network.
The southern section of the Interoceanic Highway connects Peru to Brazil’s railroad network. This will allow commerce between the countries to increase, including eventual trade in LNG and petrochemicals.
No infrastructure existed to enable passage between Peru and Brazil, not even through waterways. In the north, there was a need to build almost 200 kilometres of highway connected to water transport on the tributary rivers of the Amazon. These waterways are still not yet fully developed. There are a couple of passages that are inadequate for ship traffic and still problematic for navigation.

What obstacles are there to an expansion of the local hydrocarbons industry?
The biggest difficulty for the country’s oil and gas industry has been that production sites are always located in the Amazon, while commercialisation and consumption take place in the coastal region. Due to these circumstances, exploration must be carried out in the rainforest, before hydrocarbons are transported through the Andes to be delivered to the coast.