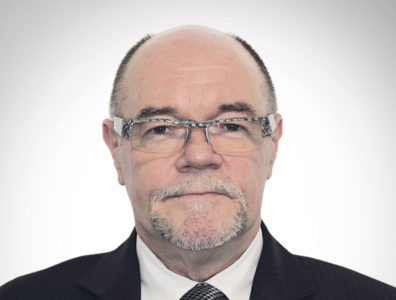 An enormous advantage at Luba is that it has a central location in the region with deepwater access.

Howard McDowall, director and general manager of Luba Freeport, discusses with TOGY the plans to expand the quay at Luba, as well as obstacles to Equatorial Guinea’s ambition of becoming a regional logistics centre for the oil and gas industry of the region. He also addresses challenges of running the port with such a decrease in drilling activity due to low oil prices.

What are the updates on Luba Freeport since 2015?
The past 12 months have seen all of the majors in Equatorial Guinea stop their drilling campaigns. Hess and Marathon stopped around July of last year, and MEGI finished their drilling around October of last year. MEGI, Hess, Noble Energy and Marathon are not drilling, nor do they intend to drill in Equatorial Guinea this year, so this obviously has a massive impact on the industry, particularly on our project.
When one of the majors is drilling, we will typically have 30 or so vessel calls per month. If we get four of the majors drilling in a month, that is 120 vessel calls per month. Currently, we have a total of about 30 supply vessel calls per month, and they are used for production activities.
Our activities are very, very low compared to what they were at this time last year. This is largely due to the fact that oil prices have plummeted over the last couple of years.
We know that it will pick up again as it always does. The oil industry is cyclical and there are big projects expected to start, probably in 2017 or 2018. One of them will be Ophir’s Fortuna project.

How are you positioning Luba Freeport to be ready for when drilling picks up again?
We are ready, and the infrastructure is already in place to service the companies. One thing we have had to do is lay off a lot of our expatriate workers, including about 16 expats in the past six months. The good thing about the industry we are in is that once things pick up again, the infrastructure is already there. It is a fairly easy job to bring in the expertise that we need, both nationally and internationally.

What is the status of the extension of the quayside?
We have not started it yet because of the decline in oil prices, but it is something that we may go ahead with in this quiet period. We will discuss it at our next board meeting because limited activity in the port means this is the best time to do the expansion.
If we started now, there would be limited impact on our operations, and the study has already been completed. The tenders are in and the plans are approved.

What would you say are some of Equatorial Guinea’s biggest needs for servicing the offshore sector?
The country still has needs in fabrication for the oil industry. We are bringing in Andron Engineering, an international fabrication company who will be looking at ship and rig repair in Luba. Andron plans to eventually establish a dry dock facility, finger quays, slipways and a 60,000-square-metre area with fabrication shops, blasting and painting shops and workshops. It will be a big facility, but it will take a few years to develop. They will start off small and then build from there.

What is the status of the fabrication yard?
The fabrication yard being set up in the port is a project that is certainly moving forward. We have signed a 10-year contract with Andron.
Having a fabrication yard here is going to be a big plus for any clients at the port. Andron is a company with a good international reputation. It is going to be a big plus for clients operating at the port to have a company here capable of doing that type of fabrication work.
Andron Engineering is also the preferred agent for Swire Pacific. They will be looking to bring Swire Pacific vessels into Luba for repair work. It is Andron’s intention to use Luba as their base for the Gulf of Guinea and West Africa. This fits in with our vision of where Luba should be.

What challenges do you see for Luba Freeport in becoming a regional logistics centre?
The regional centre already exists, and we already provide these services for the region. We have companies such as MI, Schlumberger and Baker Hughes, Hess, Haliburton and SBM who have used Luba as a service point for various other places in West Africa over the years. Baker Hughes regularly sends materials from here up to Ghana. Schlumberger and MI regularly supply their operation in Gabon and Cameroon.
They are bringing goods in, storing them at Luba in a tax and duty-free environment, and then shipping them out to various countries in the region as and when required. An enormous advantage at Luba is that it has a central location in the region with deepwater access.
As the project develops, we will concentrate more on expanding the regional hub facility idea to clients, allowing them to stock their materials for West Africa at Luba and dispatch them throughout the region on an as and when required basis, using coastal vessel. This will eliminate delays currently being experienced throughout the region while awaiting berthing for larger vessels.

What types of challenges does Equatorial Guinea need to overcome to become this regional centre?
It is going to take several years before we are capable of being a Singapore-type of facility. However, I think the government is heading in that direction. The Minister of Mines, Industry and Energy is aware of the requirements to move projects like this forward.
We are caught up in the wave of the minister’s enthusiasm. The minister and the government know this project very well. We have natural deepwater access that is not available anywhere else on the continent, we already have a tax and duty free regime in place. As we stated earlier we are ideally situated in the Gulf of Guinea as a central hub.

Have you seen more room opening up for oilfield services companies relocating from K5 Oil Centre to Luba Freeport?
There has been some movement and we are in discussions with several companies regarding facilities within the Freeport. A big advantage at Luba Freeport is that it is not landlocked. If you look at ports, typically throughout Africa, such as Takoradi port in Ghana – the port was established then the town of Takoradi was built up all around it so it is now very difficult for the port to expand.
Here, the government has cleverly left areas of land at the back of the port open. The government has also earmarked a certain portion of this land for the development of an industrial petroleum city. The port is already established and will be able to service all the requirements of this new project.

How have the government’s updated local content regulations impacted operations at Luba Freeport?
Local content has always been a high priority at Luba. I think it is important that the expertise we have is passed on to local employees and it is something that we have strived to do since the beginning of the project.
We currently have eight Equatoguineans in senior management positions, and we have probably a dozen in supervisory positions. We have always taken local – and not just EG national, but local Luba people – and trained and taught them. We bring in experts from Europe on a variety of courses including crane operations, forklift operations, slinging, banksman and fire-fighting.
Right up until the activities dropped last year, we had a full-time English teacher for the nationals. This transfer of knowledge is very important. We send certain members of the senior management abroad for courses such as Port Management, ISPS Code, HSE Courses, HR Management etc. Our HR manager finished top of his class on a HR diploma course that he attended in Madrid, Spain in 2013.

What are your plans for Luba Freeport in the next five years?
For Luba, the actual infrastructure development will continue, particularly regional centre activities, which we talked about earlier. We believe that will be a big plus for us going forward. With infrastructure development, particularly quay development, the more clients you have, the more quay you need. We are currently looking at a 200-m quay extension, because over the next five to seven years, there will be additional quay extensions required. The development of the quay will be a big project going forward.