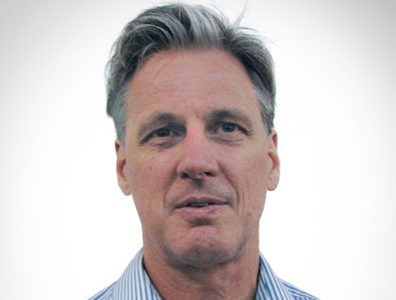 The early dialogue between policymakers and industry leaders on key issues has improved industry governance.

Number of company members in the Indonesian Petroleum Association: 148

Number of associate members in the association: 133

Number of individual members in the association: 1,800

Craig Stewart, former president of the Indonesian Petroleum Association talks about renewed optimism and better governance in the industry after a decade of uncertainty, and calls for co-ordination and reforms to avoid an energy crisis.

The new administration of President Joko Widodo took the challenges the energy industry faces very seriously from early on. A transition team for the energy industry was formed by the president and notably included former industry personnel from state-owned companies such as Pertamina and PLN. Its aim was to identify the issues facing the industry, and it favoured open and honest discussions with industry leaders and representative bodies such as the Indonesian Petroleum Association. The government’s openness pleased the industry and showed them that the new administration wanted to listen to their concerns, especially when setting up regulations. Industry players felt recognised and involved in the policy-making process.

OPEN DIALOGUE: The early dialogue between policymakers and industry leaders on key issues has improved industry governance. The appointment of new leaders who have a strong track record of integrity to positions within the Ministry of Energy and Mineral Resources and SKK Migas, Indonesia’s upstream oil and gas regulating agency, has improved the image of the industry.
To further improve governance, the new minister of energy and mineral resources also involved the industry in the selection of the new director-general of Migas.
In an effort to streamline the bureaucratic process, the energy ministry identified 42 business licensing permits for oil and gas to be handed over to a centralised unit under auspices of the Investment Co-ordinating Board to provide a one-stop shop. This was a positive step forwards in streamlining sector investments and activities.
The industry now has to leverage its renewed unity and address key challenges that it needs to overcome quickly to avoid a national energy crisis. For instance, tax bills are preventing the industry’s development, and the state needs to find a balance between maximising its revenues from the energy industry and encouraging the industry to increase reserves and production which the country requires to fuel its economic growth.

HIGH TAXES: The Local Body Tax (LBT), for example, has had a long-lasting negative impact on the energy industry despite actions taken to remedy the situation. When the government conducted LBT assessments in 2012 and 2013, some contractors were taxed on their entire working area instead of exploration areas only.
While LBT assessments are under revision and the Ministry of Finance has acknowledged its miscalculations, exploration operations decreased drastically in Indonesia, and several contractors are still appealing assessments in Tax Court.
The LBT assessments are unfortunately just the tip of the iceberg, and the industry strongly supports an overall revision of production-sharing contracts and their extensions with consideration given to the large amount of time required to bring a discovery to production.
The time between initial exploration and production has increased from two to five to 10-15 years over the past 20 years. Operators experience problems when their production-sharing contracts are not extended accordingly. Since blocks now require more time to exploit, operators should naturally have the option to extend their production-sharing contracts after the initial term is up. Additionally, special consideration should be given to production-sharing contracts that need to wait for prolonged periods to develop gas discoveries based on gas market and allocation issues.

POSITIVE STEPS: The players of the nation’s energy industry appreciate that the authorities have included them when making new policies and reforms. The government has welcomed the feedback from the Indonesian Petroleum Association and its involvement when preparing the draft Oil and Gas Law.
Another positive step was the establishment of the National Exploration Committee as a joint government and industry body on revitalising exploration in Indonesia. The energy industry wants to encourage further co-ordination between all stakeholders and policymakers to accelerate reforms.