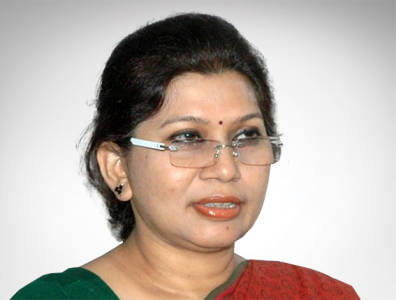 The requirements of petroleum products in India will have an impact on how many refineries need to be constructed and augmented in the years to come.

TOGY talks to Atreyee Das, director general; Rajiv Bakshi, director of finance, and Rohit Dawar, additional director, of Petroleum Planning & Analysis Cell (PPAC) about the company’s objectives and recent developments and reforms set to revitalise the industry. PPAC is the official source for data and policy analysis of India's oil and gas industry.

What are the PPAC’s current projects?
Atreyee DAS: PPAC, as the technical arm of the Ministry of Petroleum and Natural Gas, conducts research and undertakes projects assigned by the Ministry. We are required to give inputs that assist the Ministry in decision-making and policy formulation. We are currently engaged in two key projects, one of which is analysing the demand for petroleum products. We have to plan for several decades ahead. The requirements of petroleum products in India will have an impact on how many refineries need to be constructed and augmented in the years to come. The project also involves assessing what the future energy mix of the country will look like. We would like to move to a gas-based economy, so we have to think of how we can increase the share of natural gas in the country’s energy basket. One of the challenges we are facing is the non-availability of disaggregated data. So we are doing a very extensive exercise in conjunction with the public and private sector companies.

How do you assess India’s growing LPG market?
DAS: LPG is coming up in a big way. It is one of the visions of the Government to switch to cleaner cooking fuels and to this end introduce LPG in the rural areas. PPAC conducted a study surveying some of the least penetrated states in India. We looked at unconnected households and asked them why they were not switching to LPG. This was possibly one of the largest surveys that had been done in the LPG sector in India. We covered approximately 103,000 households and did face-to-face interviews to ascertain what are the barriers to their using LPG.
One of the most important barriers, of course, is the initial upfront price. The rural population have access to different free fuels including agricultural waste, cow dung and firewood. The recently launched Ujjwala scheme is addressing that issue by providing financial support of INR 1600 (USD 24) for each LPG connection to the eligible Below Poverty Line households. Furthermore, through the Direct Benefit Transfer Scheme (DBT), the subsidy is transferred directly to the bank accounts of beneficiaries. However, there are also perception-related barriers. Accessibility to the distributors remains a big issue. These are issues that the Government is seeking to address in order to facilitate the switch from solid fuels to LPG.

How can the government raise awareness about the LPG scheme and subsidies under the DBT?
DAS: During the survey, we found it encouraging that a large section of the population has mobile phones. In fact, when we looked at their level of economic assets, we found that many also owned radio or television sets as well. These are mediums that can be used to spread awareness of LPG. However, we found that access to a banking network is still a problem in many areas.

What is PPAC’s forecast for the supply and demand of motor spirit (MS) and high-speed diesel (HSD) fuels?
Rohit DAWAR: In India, diesel is not merely a transportation fuel. It is also used for power generation and for agricultural purposes. When the products move out from the refinery to a petrol station, we do not know who and for what purpose the diesel is being utilised.
MS and HSD are both now deregulated products. From 2012, the diesel prices were gradually increased and it was deregulated in 2014. At that time diesel consumption was growing at 10% on a month-to-month basis. Because the prices were so low, and because it was subsidised for the transport sector, the price was at times lower than furnace oil in some cases and people started burning diesel everywhere.
PPAC did a study carried out from 2012 to 2013 to ascertain the sectoral demand for petrol and diesel. We carried it out in four rounds to capture the seasonality, and surveyed 2,000 petrol stations. We found out that around 70% of diesel goes into the transport sector, 17% goes into the power generation sector and around 13% goes to the agricultural sector for diesel pump sets, harvesters and tractors. The importance of diesel for the power sector is due to the lack of access to the power grid. In some places, commercial establishments and industries use diesel for power backup generators.
That survey was done in 2013, but now we are going to start another edition of that study, because now diesel is deregulated and the scenario has changed. We want to understand what is the composition of diesel users now.

How has the demand for diesel evolved since its deregulation?
DAWAR: Today diesel is internationally priced, so maybe that survey would show us that diesel consumption has come down in the power generation industry and that more diesel is going towards the transportation sector. This also requires us to look at the demand situation. We have to know what is the energy consumption is by each sector, and we also want to know exactly where the fuels are being consumed. When the prices are distorted, consumption also becomes distorted, and when we are trying to forecast 25 years from today, we do not want any biases to come in.

What does the MoPNG need to help the shift towards a gas-based economy?
DAS: The Government is certainly bringing in gas in a big way, which is why so many import terminals are being set up, and also why the pipeline network is being created. The Domestic Natural Gas pricing formula came into effect two years ago, and PPAC announces the gas prices every six months. Recently, the new gas price ceiling, for difficult high-pressure, high-temperature areas, was also announced.
The Government is also moving towards the transfer of kerosene subsidy, starting first in the state of Jharkhand in four districts from October 1, 2016 under the Direct Benefit Transfer Kerosene (DBTK) scheme. Effectively, the government is looking to better target subsidies and stop universal subsidising of this product. In view of lower oil prices, this is the opportune time to reform the subsidies for these products.
Further, retail prices of kerosene and LPG are being increased in small doses based on the lessons learned from diesel deregulation with a view to reduce the fuel subsidy burden.

Is the oil downturn one of the key factors allowing for the removal of subsidies?
Rajiv BAKSHI: Definitely, this is the time to reform the subsidised energy regime, it is the best time to do it. The upstream sector will have difficult days ahead; the glory days of the downstream sector are starting. The downturn has also increased the consumption growth.
The two products that have grown fantastically since the oil downturn are MS and diesel. Both of these products, now have domestic prices linked to international prices. Actually, it has even had an impact on sales of cars. We are seeing the gas industry take even more growth. This year we saw more than 13% growth in MS consumption. Hopefully, we should end the year with steady growth. The sector that has benefited the most is the naphtha consumption, because of the petrochemicals. Given the direct impact of lower oil prices, it is also the government’s intention to speed up infrastructure projects, the economy and the Make in India campaign.

What are some of the incentives the Government can offer to ramp up domestic natural gas production to counter attractively priced gas imports?
DAS: The Ministry recently prepared a road map to reduce [India’s] import dependency by 2022. The committee set up for this purpose has put forward some strategies as to how we could reduce that import dependency, and one of these strategies was to enhance the domestic production. The scenario for gas was promising, but not so much for oil. Domestic oil production has flattened out and is declining. However, the scenario for gas appears quite good in the long run, and it has formed the bedrock of increasing domestic production which this committee proposed, if the gas infrastructure comes around and with appropriate fiscal incentives in place.

How could the regulatory framework be changed to ease doing business in the energy industry?
BAKSHI: The PNG sector has a cumbersome regulatory process. Recently Government has given viability gap funding for some natural gas pipelines; along the route of the pipelines, all the city gas and distribution activity that will come up will be given on a nomination basis to one company. It will be assigned to the company holding the pipelines. This will give a kind of anchor to the pipeline and speed up the projects. There are seven cities and some fertiliser units along the route, so changes are taking place to speed up the award of projects.
Acquisition of land for linking pipelines has become a contentious issue in India, because landowners are asking for higher compensation. Gas prices and LNG prices are also an issue. Many of the power sector units are unable to absorb the higher prices. However, energy prices are softening now and many of these land issues are also being resolved slowly. Most of the pipelines will come on line in the next two years.

Which industries do you expect to be the drivers of the energy demand?
DAWAR: Around 60% of the oil is consumed in the transportation sector. That will continue. LPG is gaining a lot of dominance. With the government’s target to cover at least 75% of the households by 2019, the LPG market is going to nearly double in the next three to four years.
For heating purposes, we have the demand for furnace oil, but not very large quantities. The other two major products consumed are bitumen and pet coke. With pet coke, 80% goes to the cement industry and the rest goes to the iron and steel industry. The major other product that is consumed is naphtha, which primarily goes to the petrochemicals sector.
When the economy starts growing, the requirement for petrochemical end-products will increase. Today, we are one of the lowest per-capita consumers of petrochemicals hence, the petrochemicals sector should be one of the biggest consumers of petroleum products, particularly naphtha in future. In the long term, transport will start to move away from fossil fuels to electric cars and hybrids. Then the refineries will have to configure themselves to work mainly as a feedstock for the petrochemical industry.

How do you expect India’s energy basket to evolve by 2022?
Officially, we have to come to the global arena. Gujarat already has 26% of its energy requirements met through gas, but the question is also linked to the issue of developing the [nation’s] infrastructure. The government has taken a big step regarding the capital funding of the Jagdishpur-Haldia and Bokaro-Dhamra gas pipelines, but how quickly the infrastructure comes [online] is a very key issue, along with the many other plans that have been made.