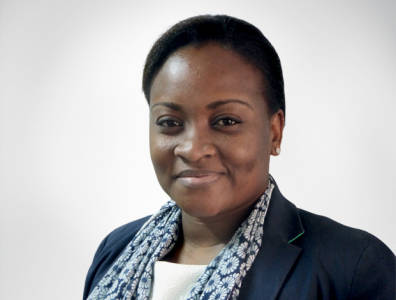 "As oil prices have dropped, oilfield services costs have decreased as well. Many companies are taking advantage of this by preparing exploratory plans and conducting seismic research and acquisition."

Date the Hydrocarbons Law was passedNovember 2006

Progress in a volatile market

Mercedes Eworo Milam, director-general of hydrocarbons at the Ministry of Mines, Industry and Energy (MMIE), talks to TOGY about how low oil prices have influenced the Equatoguinean industry, production-sharing contracts (PSCs) scheduled for 2015 and the role of oil and gas in economic diversification.

What has been the impact of low oil prices on the local oil and gas industry?
Medium-sized operators have delayed plans requiring significant capital, such as development drilling. Others, including international exploration and production operators, have found a balance in the current situation and are maintaining activities.
As oil prices have dropped, oilfield services costs have decreased as well. Many companies are taking advantage of this situation by preparing exploratory plans and conducting seismic research and acquisition. The smartest ones are drilling in the new low-cost environment. Upstream companies can get a considerable discount with certain drilling contractors, enabling them to move ahead of time in their exploration schedules and find a balance in revenues once the price of oil recovers.
At the MMIE, we are trying to encourage operators that have never conducted exploratory activities to start drilling, as costs are now much lower. However, many upstream players need credibility in the face of their shareholders and financial institutions in order to get the financing to do so.
The low oil price has resulted in some companies not having the available funds for drilling activities. This is why we respect the production plans that companies have designed. Each field has its own economic break-even point, so if now is not an appropriate time for drilling activities to increase production at these sites, then companies can design alternative plans for adding value in the future.

How have PSCs evolved since the start of the domestic oil and gas industry?
Our hydrocarbons production history began in 1991, with an initial rate of only 2,000 barrels of gas condensate per day from the Alba field. The Zafiro field was discovered in 1995 and brought on stream in 1996. By 2004, production at the field had peaked at 320,000 barrels of oil per day. The first PSCs, signed in the 1990s, established a cost incentive system for the importation of drilling materials and equipment, reducing exploration costs.
The main change in the regulatory environment came in November 2006, with the passing of the Hydrocarbons Law. The new law codified two key aspects – royalties and national content. It set a minimum 13 percent of royalties. Anything above that can be negotiated according to the block’s prospects.
Regarding national content, before 2006, its requirements were considered to be a “gentlemen’s agreement,” but there were no actual defined terms for establishing the training and integration of Equatoguineans, social projects or the utilisation of local services. The hydrocarbons law set up clear goals with regards to local content that have to be observed by international companies.

What are the expectations for the blocks that opened in the 2014 Licensing Round?
In January 2015, we signed a PSC for reserved block EG-06 with ExxonMobil, which confirms the operator’s confidence in Equatorial Guinea’s exploration and production sector.
The MMIE is negotiating five blocks with established and new operators in our offshore area. The ministry intends to conclude negotiating the PSCs by late 2015. Before the contracts come into effect, they must be ratified by the Equatoguinean parliament, which usually takes around two to three months.
The MMIE is also hoping to negotiate other blocks where the ministry has acquired speculative 3D-seismic data. These PSCs, like those signed in 2012, are divided into two two-year or three two-year periods.
In the first two or three years, companies have to obtain all available seismic data and are obligated to drill at least one exploratory well to accelerate the evaluation process. During the second period, companies are obligated to drill at least one exploratory well, and in successful cases, an evaluation plan is submitted to the ministry.

How has the country’s approach to monetising gas developed in recent years?
Equatorial Guinea has maintained its policies despite falling oil prices and their consequences. Initially, the plan was to develop the Punta Europa complex together with US operator Marathon Oil. This has had an environmental impact because it has eliminated flaring. Now it has taken a new form under the Horizon 2020 economic diversification plan.
This calls for the MMIE to use oil and gas production to develop the petrochemicals sector, increase local consumption of LPG and CNG, and use gas as an energy source.
The ministry is working on the Petrochemicals Revolution of Equatorial Guinea complex, and signed a gas sales agreement in 2013 with US upstream company Noble Energy, the operator of blocks I and O.
At block R, US oil and gas exploration and production company Ophir Energy has drilled five exploratory and two appraisal wells, establishing mean recoverable reserves of up to 96.3 bcm (3.4 tcf). In May 2015, the company submitted its development plan, confirming that it intends to develop the block by using a floating LNG system at the site.
Ophir Energy, national oil company GEPetrol and Sonagas, the natural gas company of Equatorial Guinea, are working to have all the necessary agreements in place.

What is the importance of downstream projects for Equatorial Guinea?
The ministry sees the development of downstream projects as vital. Firstly, there is value added if resources are turned into products in the country. Secondly, it enables the state to develop particular areas with new infrastructure and create jobs. This will bring opportunities for small and medium sized businesses, as they will be able to provide various services.
Equatorial Guinea’s relationship with Asian investors – who purchase the majority of the country’s methanol and LNG – will be strengthened as we provide new products and generate opportunities for financing.
We need to work with our partners on marketing activities, since the sales agreement for gas-based products usually has to be addressed before the gas is extracted.

What are the latest developments on the Bioko oil terminal (BOT) project?
The project had a few delays, but it is now back on track. We are in the process of negotiating the operator of the plant and the financing details of the project.
Equatorial Guinea does not have any refineries, and as a result, it imports all the products that it consumes. Building a storage terminal will strengthen the country’s distribution capacity and reduce its dependence on the importation of oil derivate products.
The project also intends to make BOT a logistics storage centre for raw materials and refined products in the Gulf of Guinea. The terminal will eliminate the need for a local refinery. The problem with a refinery is that it has high operating and maintenance costs and a risk of excess production.
In-country processing of local crude may also fail to provide the sufficient qualities and quantities needed to fulfill the domestic demand for each of the various petroleum products, meaning that imports may still be necessary. BOT, which will have a storage capacity of around 1.2 mcm (42.4 mcf) after the first two phases, will ensure these products are available for local and regional consumption.