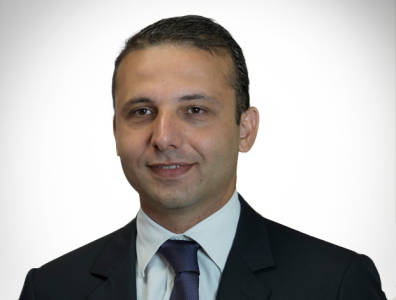 On top of being a key exporter of hydrocarbons to the European market, Azerbaijan could become a transit country for Iranian oil and natural gas en route to Europe.

Promise in Azerbaijan despite the slump

Elnur Gurbanov, partner at Deloitte CIS, speaks to TOGY about the steps that oil and gas companies can take to adjust to changing macroeconomic realities, the financing of Azerbaijan’s large export projects and the potential strengthening of economic co-operation with neighbouring Iran.

How are oil and gas companies working to reduce their costs in response to depressed oil prices?

During the environment of high oil prices after 2008 – with the price above $100 per barrel – companies operating in the oil and gas industry and related sectors were not under much pressure to reduce operating costs.

As prices have gone down by half since November 2014, companies are looking to optimise their operations and expenses, and implement cost-cutting measures. Due to numerous inefficiencies, even companies that are new to these cost-cutting initiatives can decrease their expenses by up to 20 percent.

Staff redundancies are usually the first measure companies consider. However, oil and gas companies, particularly producers, also try to obtain discounts from their service providers, such as drilling contractors, equipment providers and construction companies. Before the oil price decline, there was not much pressure on service fees. Now, contract negotiations have become more important, and all the players in the industry are forced to narrow their margins.

Finally, organisational structures are being reviewed, revised and optimised, especially in large corporations. It is often easy to optimise a company’s structure while maintaining the same volume of operations.

What has been the impact of low oil prices on Azerbaijan and how is the country adapting?

The devaluation of the manat is one major consequence of the drop in oil prices. Likewise, GDP growth will be significantly affected by this price change. Therefore, the government has to face this new reality and attempt to diversify the economy. I am sure that the government will take key steps to open up new sectors and industries and attract new investors, taking into account the country’s comparative advantages.

Where is Azerbaijan finding financing for its large energy export projects?

The government has been the main investor in large upstream and midstream projects under development in the country. These projects, including Shah Deniz 2 and the Southern Gas Corridor – which includes the expansion of the capacity of the South Caucasus Pipeline and the construction of the Trans-Anatolian and Trans Adriatic pipelines – should be on line towards the end of the decade. End consumers of Azerbaijan’s hydrocarbons exports in Europe also have to play a key role in the financing of these projects. These ventures have reciprocal economic and political motives.

Today, Azerbaijan is still one of the best options for Europe, so there is no doubt that countries that are looking to diversify their energy suppliers will maintain their financial support for these new Azerbaijani projects. Of course, loans from large global financial, as well as smaller private and public institutions will also play a role.

What impact could the lifting of sanctions on Iran have on Azerbaijan?

Such a change would further reinforce the country’s geopolitical position on the global energy map. On top of being a key exporter of hydrocarbons to the European market, Azerbaijan could become a transit country for Iranian oil and natural gas en route to Europe. However, such developments may take several years to materialise.

Many multinationals are already taking steps to prepare for Iran’s entry into the market by designing scenarios and implementation plans. Unfortunately, Azerbaijani companies have not yet taken similar steps. The Azerbaijani and Iranian governments have been proactive in paving the way for greater economic co-operation and exchange, but companies in Azerbaijan have not made any dramatic moves toward Iran yet.