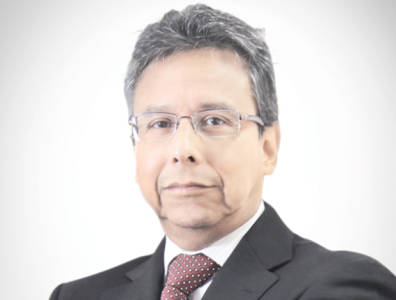 The government has to strengthen policies to facilitate investment processes and improve Peru’s human capital.

Length of the GSP Nearly 1,200 kilometres

Value of the GSP$4.3 billion

ProInversión’s executive director Carlos Herrera talks to TOGY about how to attract much-needed investment to Peru’s oil and gas industry. ProInversión is a government agency tasked with promoting private investment in the country’s most critical infrastructure projects and finding companies capable of undertaking major developments for the entirety of their concession periods.

What can be done to attract more foreign investment to Peru’s oil and gas industry?
The government has to strengthen policies to facilitate investment processes and improve Peru’s human capital. In addition to regulations developed to simplify and speed up investment processes, the Ministry of Economy and Finance has created a team to follow up on investments and support big projects step-by-step to resolve potential bureaucratic obstacles.
Proactive campaigns are essential for the dissemination of promotional information about the investment environment and attractive conditions of the local oil and gas market. ProInversión has been implementing various promotion strategies in major cities across North America, Europe, Asia and Oceania.
We have identified potential investors in several markets and have provided them with information based on their business profiles and interests. Every year, we organise road shows in the main markets. In priority markets, we plan to implement communication campaigns to advertise opportunities in Peru.

What are the latest new concessions for natural gas projects and distribution?
In July 2013, two distribution concessions were awarded to Spanish company Gas Natural Fenosa and Gases del Pacifico, a subsidiary of Columbia’s Promigas, under the Peruvian government’s Mass Distribution of Natural Gas initiative. Over the next 20 years, these two concessions will ensure a minimum of 64,000 and 150,000 connections for the southern and northern concession areas, respectively.
The bidding process for another distribution concession is currently underway. This concession will enable the distribution of gas to 12 cities in the regions of Apurímac, Ayacucho, Huancavelica, Junín, Cusco, Puno and Ucayali.

What is the status of the concession for the Southern Peru Gas Pipeline (GSP)?
The GSP will transport natural gas from the Camisea field in blocks 88 and 56 to Peru’s southern coast. This nearly 1,200-kilometre pipeline requires $4.3 billion of investment. The project is already underway, with the four-year construction period having started at the signing of the contract in July 2014. The pipeline will require an additional $3 billion of investment for operation and maintenance during the 30-year concession.

What is the outlook of the GSP and how will it effect development in southern Peru?
The GSP will increase natural gas transportation capacity, stimulate greater gas production from the Camisea field and increase investment in exploration in surrounding blocks, allowing the local natural gas market to further develop.
The three thermal power plants that are being constructed – a 200-MW plant in Quillabamba and two 600-MW plants in Mollendo and Ilo – will be fired by natural gas transported through the GSP, decentralising and reinforcing power generation in the country.
The development of this pipeline is also expected to encourage productivity growth in the southern regions of the country. During the construction of the GSP from 2015 to 2019, 7,000 direct jobs and 25,000 indirect jobs are expected to be created.

How will transportation projects improve Peru’s logistical network?
In the coming years, ProInversión will continue to promote private-public partnership projects that will improve the connectivity of the country. Two additional sections of the 1,392-kilometre Longitudinal de la Sierra highway will be built to further integrate regions located in the Andes and complete the connection to Peru’s main maritime terminals.
A logistics centre will be developed near the Port of Callao to provide services for cargo movement. Logistics centres will also be created around the smaller ports in Paita and Pisco. Port upgrades for Salaverry and Chimbote have also been proposed.
In addition to improving internal commerce, these logistics projects will reduce business costs for the hydrocarbons industry. Oil and gas companies often have to build roads when they move into new areas. With the construction and upgrade of several port terminals and the road network, it will be easier to transport raw materials from the country’s interior to the coast for consumer use and export.